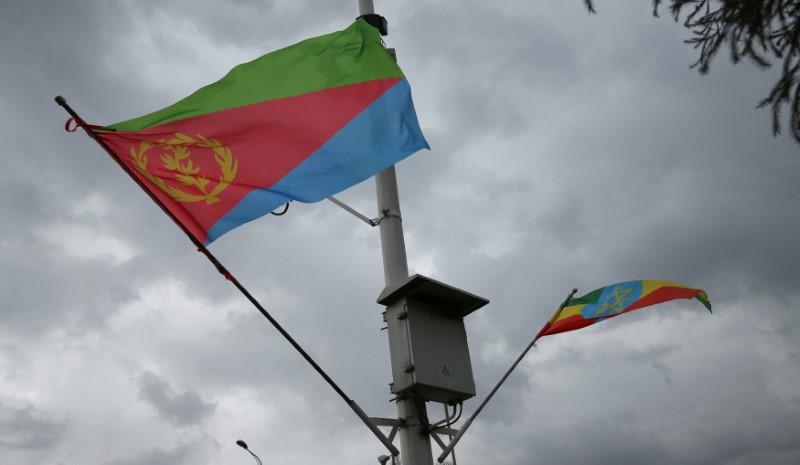 Ethiopian and Eritrean flags flutter during the welcoming ceremony of Eritrean Foreign Minister Osman Saleh and his delegation at the Bole International Airport in Addis Ababa, Ethiopia June 26, 2018. REUTERS/Tiksa Negeri

The pair did not address the media at the airport, where Eritrean women danced and hugged Abiy, footage from the broadcaster showed.

Sunday’s meeting will be the first of its kind in two decades between the leaders of two bitter rivals and neighboring states in the Horn of Africa.

Ahead of Abiy’s arrival, Eritrea’s Information Minister Yemane Gebrmeskel wrote on Twitter: “This historic official visit, and the summit that will take place … heralds a new era of peace and cooperation.”

A high-level delegation from Asmara visited Addis Ababa for the first time since the war last month.

The overtures to Eritrea are part of efforts by Abiy, who took office in April, to open Ethiopia up to the outside world after decades of security-obsessed isolation.

He has also pardoned dissidents and partly privatizing key firms.