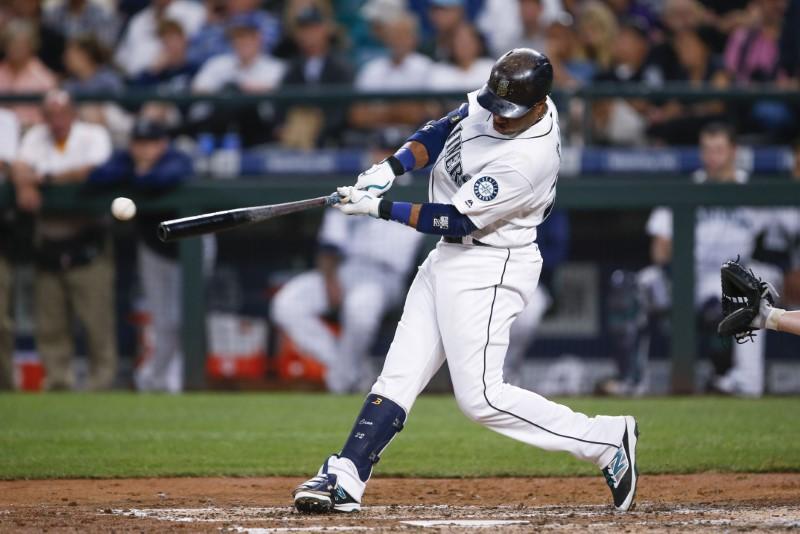 Addressing the media Saturday for the first time since he received an 80-game suspension from Major League Baseball on May 15, Seattle Mariners second baseman Robinson Cano apologized to his team and its fans for his failed drug test.

Cano, 35, stated that his positive test for Furosemide, a diuretic that can be used as a masking agent for performance-enhancing substances, was the result of prescription medication he received in his home nation, the Dominican Republic. He has maintained that the prescription was to aid with high blood pressure.

“I wanted to apologize genuinely to the city of Seattle and to all the fans, and the young baseball players in the (United) States and the DR (Dominican Republic) and most importantly to my teammates,” Cano said in a statement. “I wanted to show my face to you guys. I don’t think for me it’s fair to just come back and walk into the clubhouse.”

The eight-time All-Star said that he hadn’t spoken earlier because he didn’t want to be a distraction to the team. Cano is looking ahead to returning from his ban on Aug. 14, unless the Mariners have any postponements that aren’t made up before that date. However, if the Mariners make the postseason this year, Cano would be ineligible to play.

—Cleveland Indians outfielder Lonnie Chisenhall is seeking a second opinion on his most recent calf injury as he prepares for a lengthy absence, manager Terry Francona told reporters.

Chisenhall will meet with Dr. Wiemi Douoguih, who specializes in lower-body injuries, in Washington. Chisenhall was placed on the 10-day disabled list last week with a left calf strain. He missed nearly two months earlier this season with a Grade 2 strain of the same calf, and a seven-week stretch last season with a strain of the right calf.

Tucker, 21, batted seventh and play left field in his major league debut, going 1-for-4 with an RBI against the Chicago White Sox. Tucker, the fifth overall pick by the Astros in 2015, followed a big spring training performance by tearing it up in the Pacific Coast League, batting .306 with 14 home runs and 66 RBIs in 80 games.

Outfielder Jake Marisnick, who has struggled at the plate all season, was sent down to Fresno in a corresponding move.

For both players, the suspensions were triggered by a second positive test for use of a drug in violation of the Minor League Drug Prevention and Treatment Program.

—The New York Yankees called up outfielder Clint Frazier for the fourth time this season prior to their game against the Toronto Blue Jays.

To make room for Frazier, the club designated right-handed pitcher David Hale for assignment. He came off the bench Saturday and went 0-for-2.

—The San Francisco Giants activated right-handed pitcher Jeff Samardzija from the 10-day disabled list in time for him to start the team’s afternoon game against St. Louis.

On the disabled list since May 30, Samardzija (1-5) returned to give up three runs in five innings and take the loss against the Cardinals.

Samardzija’s activation was one of just several moves announced by the Giants. They also transferred pitcher Hunter Strickland (broken hand) to the 60-day disabled list; placed infielder Joe Panik on the 10-day disabled list with a left groin strain; optioned pitcher Chris Stratton to Triple-A Sacramento; and purchased the contract of infielder Chase d’Arnaud from Triple-A.

—The Seattle Mariners recalled outfielder John Andreoli from Triple-A Tacoma and sent down pitcher Nick Rumbelow in a corresponding move.

This is the second stint with the Mariners this season for Andreoli, who also was with the team May 23-28, going 1-for-3 in his major league debut on May 23. At Tacoma, he was batting .283 with three home runs, 25 RBIs and 14 stolen bases.

McRae, 25, will be making his major league debut. He posted a 3-7 record with a 4.61 ERA for Indianapolis, appearing in 17 games, including 16 starts.

—The Oakland Athletics placed outfielder Matt Joyce on the 10-day disabled list, retroactive to Thursday, with a lumbar strain. This is the second time this season he’s been sidelined by the injury. Oakland recalled outfielder Nick Martini from Triple-A Nashville in a corresponding move.

—The Colorado Rockies announced they have recalled infielder/outfielder Jordan Patterson and left-hander Jerry Vasto from Triple-A Albuquerque. In addition, they placed relief pitcher Mike Dunn on the 10-day disabled list with acromioclavicular joint inflammation, retroactive to Wednesday, and put catcher Tom Murphy on the paternity list.

Patterson has yet to appear in the majors this season. Vasto is making his second appearance with Colorado this season after a brief call-up in June, when he gave up three runs in two-thirds of an inning.