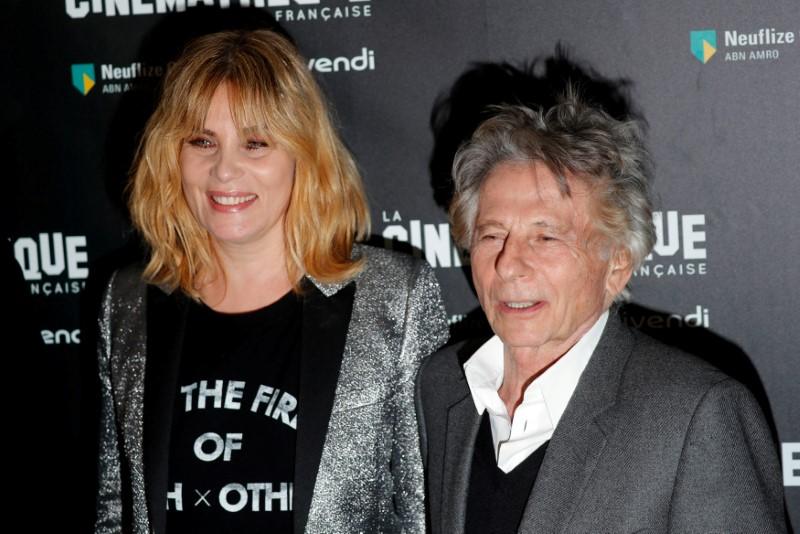 PARIS (Reuters) – Actress Emmanuelle Seigner on Sunday rejected an invitation to join the Academy of Motion Picture Arts and Sciences, in a column in which she slammed the “hypocrisy” of a group that expelled her husband Roman Polanski two months ago.

FILE PHOTO: French actor Emmanuelle Seigner and director Roman Polanski pose together prior to the screening of Polanski’s movie “D’apres une histoire vraie” (Based on a true story) at the Cinematheque in Paris, France, October 30, 2017. REUTERS/Charles Platiau/File photo

Seigner, from France, is one of 928 artists and executives which the Academy, best known for giving the Oscars movie awards, last month invited to become members.

The Academy expelled Oscar-winning Polanski in May for violating a conduct code it had adopted following hundreds of accusations of sexual harassment or assault in the entertainment industry.

“How can I ignore the fact that a few weeks ago the Academy expelled my husband, Roman Polanski, in an attempt to appease the zeitgeist – the very same Academy which in 2002 awarded him an Oscar for The Pianist! A curious case of amnesia!” Seigner said in the column published in France’s Le Journal du Dimanche.

“The Academy probably thinks I am enough of a spineless, social climbing actress that I would forget that I have been married for the past 29 years to one of the world’s greatest directors,” she said, denouncing what she called “insufferable hypocrisy.”

Polanski and television star Bill Cosby, who had been members since 1969 and 1996 respectively, were the first known members expelled for violating the Academy’s new code of conduct.

The entertainment industry is grappling with misconduct allegations that have led to dozens of politicians, businessmen and entertainers stepping down or being dropped from creative projects, sparking the #MeToo social movement and the Time’s Up campaign against workplace harassment and equal pay.

Seigner, 52, well known in France for movies that included Polanski’s “Based on a True Story” and “Venus in Fur” movies, said she felt offended by the offer to join the Academy.

“As for the members of the Academy, I have only one thing to say to them: this is one woman you won’t have,” she wrote in the piece, made available to Reuters in English but with a French headline: “Non merci!”