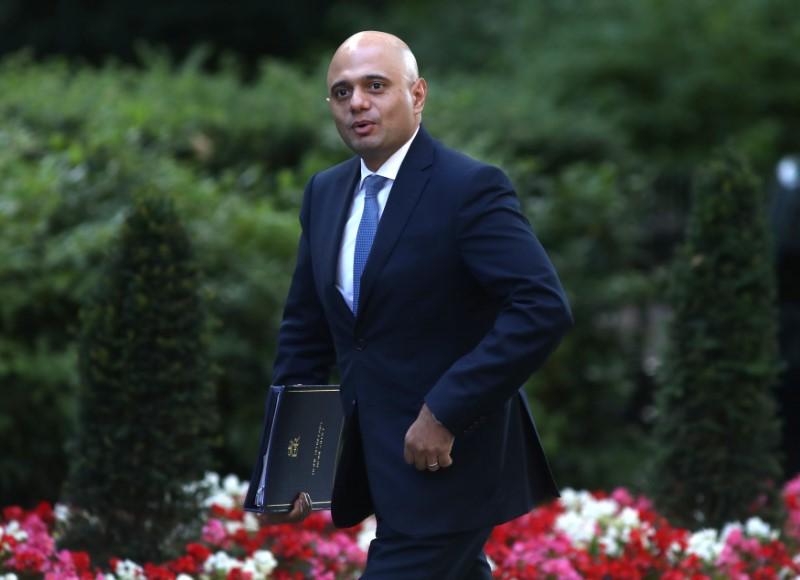 LONDON (Reuters) – The risk to the public is low from the nerve agent Novichok, exposure to which has left two people critically ill, Britain’s Home Secretary Sajid Javid said on Sunday during a visit to the town where they live.

The 44-year-old woman and 45-year-old man from Amesbury were struck down more than a week ago by the same toxin that was used in March in an attack on former Russian double agent Sergei Skripal and his daughter.

Britain has accused Russia of poisoning the Skripals with the nerve agent — developed by the Soviet military during the Cold War — at the former spy’s home in Salisbury, a city a few miles from Amesbury in southwest England.

The Kremlin has denied any involvement and says Britain is trying to stoke anti-Russian sentiment.

Interior minister Javid said police were still working to discover how exactly the two individuals were exposed to the nerve agent. They had a number of theories, but he did not want to jump to conclusions.

“I want to take the opportunity to say to everyone, but especially local people, that the risk to the public remains very low,” he said.

The police had a working hypothesis that the two poisoning incidents were connected.

“I am very confident that … eventually one way or another, they will get to the bottom of this,” Javid said.

There were no plans for any further sanctions against Russia. “We need to learn more and let the police do their work,” he said.