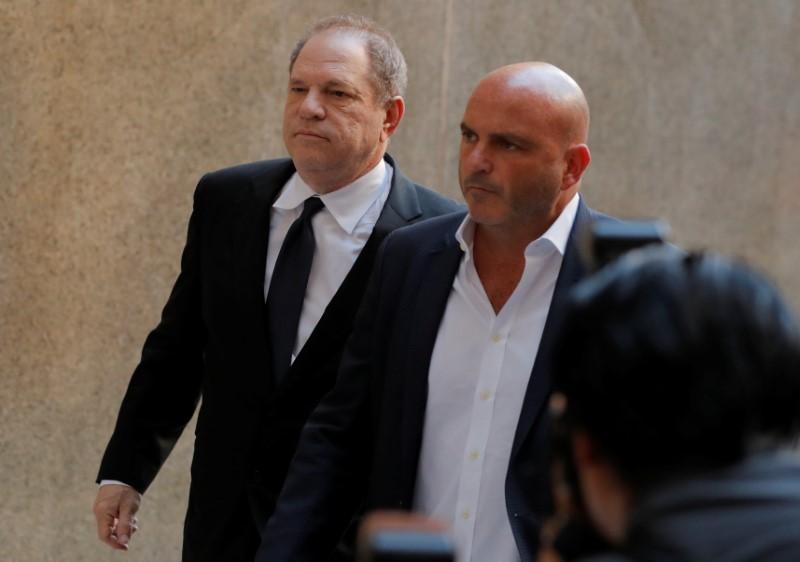 NEW YORK (Reuters) – Movie mogul Harvey Weinstein is expected in a Manhattan courtroom on Monday to face charges of sexually assaulting a woman in 2006, the third criminal sex assault case brought against him.

More than 70 women, mostly young actresses and women employed in other areas of the movie business, have accused the 66-year-old cofounder of the Miramax film studio of sexual misconduct, including rape, in a series of incidents dating back decades.

The accusations gave rise to the #MeToo movement in which hundreds of women publicly accused powerful men in business, government and entertainment of sexual harassment and abuse, lifting a shroud that had long shielded such behavior.

Weinstein has been free on $1 million bail following his May arrest and not guilty plea on charges he sexually assaulted two other women, one in 2004 and one in 2013. He has repeatedly denied having any non-consensual sexual encounters.

Prosecutors contend that Weinstein forcibly performed oral sex on the woman who was his 2006 victim. The latest charges include two counts of predatory sexual assault, which carry a maximum life sentence, and one count criminal sexual act, also a felony.

He is expected to be arraigned on the latest charges in New York state Supreme Court.

Earlier charges included two counts of rape and one count of criminal sexual act. Weinstein was charged after a months-long investigation by the New York Police Department.

Prosecutors have not named the women accusing Weinstein of sexual assault.

Details from the 2004 case align with an account by Lucia Evans, a former aspiring actress who told the New Yorker magazine in October 2017 that Weinstein forced her to perform oral sex.

After Weinstein was publicly implicated in sexual misconduct, his eponymous company Weinstein Co fired him and filed for bankruptcy, and he was expelled by the Academy of Motion Picture Arts and Sciences.

Through his company and Miramax, Weinstein won plaudits and many awards for movies such as “Shakespeare in Love,” “Pulp Fiction,” “Sex, Lies and Videotape,” “The Crying Game” and “The King’s Speech.”