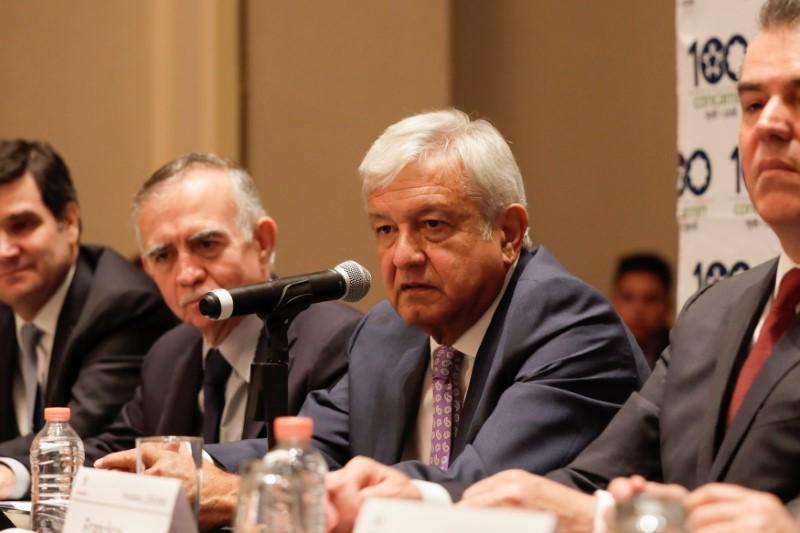 MEXICO CITY (Reuters) – The next government of Mexico, led by leftist President-elect Andres Manuel Lopez Obrador, will not intervene in the internal affairs of other nations, such as crisis-ridden Venezuela and Nicaragua, the country’s future foreign minister said on Monday.

Mexico’s current administration has taken a lead in regional efforts to pressure socialist Venezuelan President Nicolas Maduro into restoring democracy in the South American country, and has worked closely alongside the United States to stem north-bound Central American migration.

However, incoming Foreign Minister Marcelo Ebrard said in a radio interview on Monday that Mexico would now adopt a hands-off policy toward other nations. Lopez Obrador, the landslide winner in the July 1 vote, is due to take office on December 1.

“That does not mean that we’re not concerned about the situation in one country or another, in this case Venezuela. We’re going to look into it and see how we can design, or help contribute, in the best way.”

Ebrard added that the non-intervention policy would extend to Nicaragua, which has seen clashes between the government and protesters that have left hundreds of people dead.

U.S. Secretary of State Mike Pompeo will be in Mexico on Friday and will meet with Lopez Obrador, Ebrard said, in a bid to build a working relationship that has become strained by U.S. President Donald Trump’s calls to build a border wall between the two countries and threats to rip up the North American Free Trade Agreement (NAFTA).

“The treatment we’ve received by the U.S. government has been terrible,” Ebrard said. “But we need to find whatever areas of understanding there might be.”

In May, the Lima group of Latin American countries plus Canada issued a statement saying it did not recognize the legitimacy of Venezuela’s presidential election, which was held the day before amid criticism over alleged irregularities.