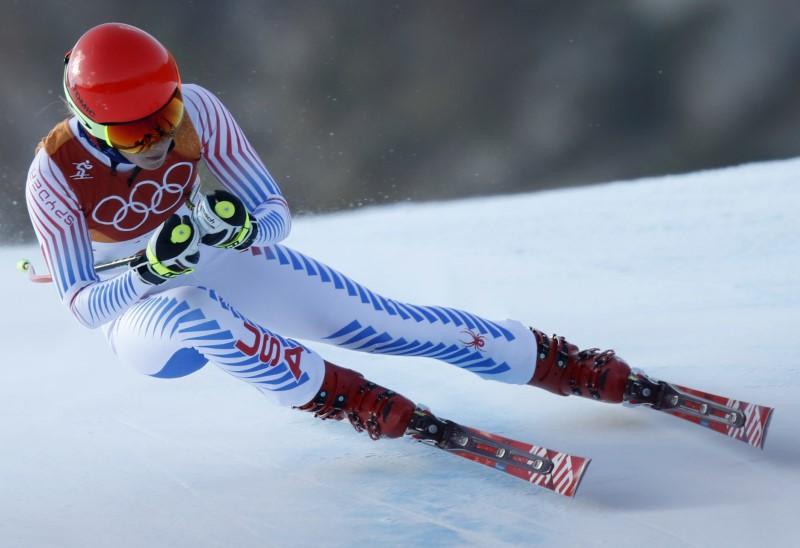 LOS ANGELES (Reuters) – The world’s best overall women’s ski racer Mikaela Shiffrin, who for the second successive year was the highest paid athlete in the sport, said Alpine skiing can serve as a model for equal pay.

The 23-year-old American, who again earned more than the men’s top athlete Austria’s Marcel Hirscher, said she is proud to be part of a sport that recognizes the achievements of women as equal to those of men.

“Gender equality and equal pay in the workplace are hot topics right now and ski racing is one of the most equal professions out there,” Shiffrin, who took home 702,774 Swiss francs (USD $710,734) in prize money, told Reuters on Sunday.

“To have the opportunity as a girl in ski racing to win as much or more prize money as her male counterparts is a testament to the sport.

“Of course it’s a really cool thing for me but it’s also goes to show how far female ski racing has come that people want to watch it and find it exciting.”

Shiffrin’s gold medal in giant slalom and silver in combined at the Pyeongchang Games have earned her two ESPY nominations – for Best Female Athlete and Best U.S. Female Olympian – and she was pleased those performances can help keep her sport in the public eye.

“Ski racing doesn’t receive a ton of attention outside of the Olympic cycle in the U.S. so to be able to keep that ball rolling through the ESPYs is super cool,” she said of the awards, which are voted for by fans ahead of a July 18 ceremony in Los Angeles.

“It’s good for me and my brand and that’s all great but to be honest, it’s cooler because it means people are watching the sport and I get to share my passion with more people.

“So let’s give it a little more time in the spotlight.”

Shiffrin was quick to praise compatriot Lindsey Vonn as a trailblazer in the sport who paved the way for Shiffrin’s success.

“Lindsey put ski racing on the map in the U.S.,” said Shiffrin, whose 43 World Cup wins already has her halfway to the record she may one day hold.

“Definitely she’s the biggest name in the sport and because she came before me and had success, it’s given me an opportunity to make ski racing a career.

“I like to think that I’m carrying the torch in some sense.”

Taking the mantel from Vonn, who has said she will retire before the next Winter Olympics in Beijing, could be seen as a lot of pressure for Shiffrin but she said it’s an opportunity she cherishes.

“There’s some little girl out there who wants to be a ski racer and might have a shot to be really, really good and they are only going to have that possibility because Lindsey and I came before them and there’s a torch to carry,” she said.

“Because that torch exists.”