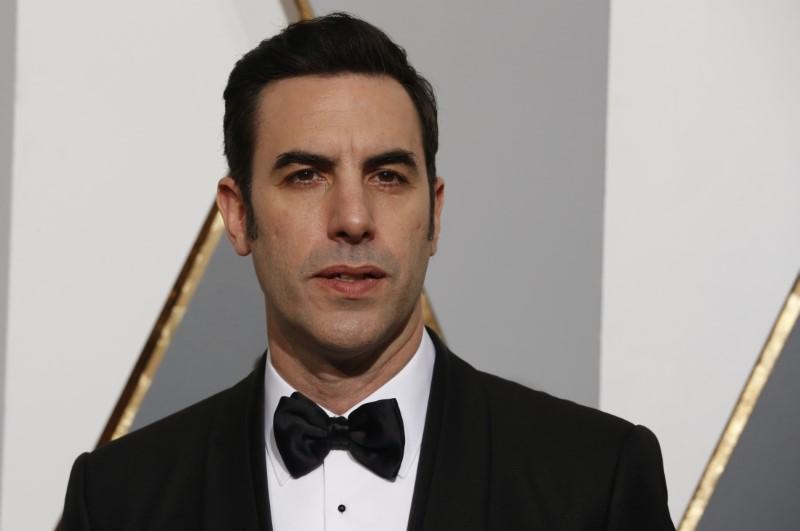 LOS ANGELES (Reuters) – Sacha Baron Cohen, the British comedian who ridiculed Kazakhstan and Middle America in “Borat” and satirized the fashion industry in “Bruno,” is heading back to television for the first time in a decade with a comedy series about the United States.

Cable channel Showtime said the seven episode “Who Is America?” will launch on Sunday in the United States and on July 16 on Britain’s Channel 4.

The announcement gave few details about the new series other than to say it will “explore the diverse individuals, from the infamous to the unknown across the political and cultural spectrum.”

In a trailer, former U.S. defense secretary Dick Cheney is pictured signing what is described as a water-boarding kit, and saying, “I hope you’ll tune in next week for an interview with me.”

Showtime Chief Executive David Nevins called Baron Cohen “the premier provocateur of our time” and said the series had been in the works during the past year.

It was not clear whether Baron Cohen, 46, would resurrect his cheeky alter ego Ali G., a white English rapper, whose interviews with subjects including Donald Trump and Newt Gingrich launched his comedy career some 20 years ago.

His award winning 2006 faux-documentary film “Borat,” in which he played an anti-Semitic reporter from Kazakhstan who interacts with real Americans unaware they were being set up, earned some $261 million at the global box office. Recent projects, including “The Dictator” and “The Brothers Grimsby” have been less successful.