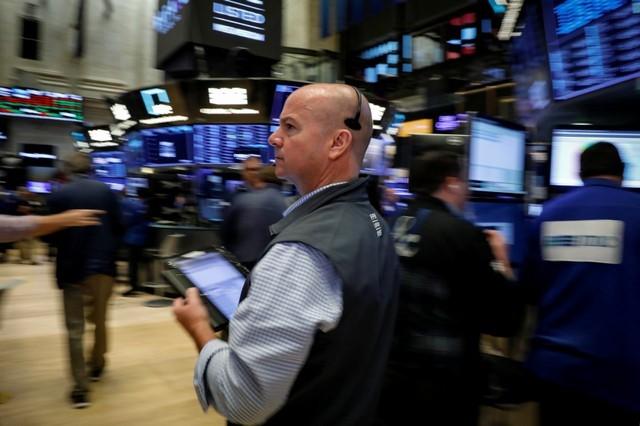 Chipmakers Micron and Advanced Micro Devices rose more than 1.5 percent in premarket trading, as trade fears eased. A host of Chinese companies with listings on U.S. bourses, Alibaba, JD.com and Baidu also climbed after KeyBanc recommendations on the stocks.

The United States and China engaged in tit-for-tat tariffs on Friday, both countries imposing duties worth $34 billion on each others’ goods. But the benchmark S&P 500 closed up 0.84 percent on Friday as many analysts said the move was already priced in, but warned that further escalation could dent the appetite for stocks.

China’s securities regulator said on Sunday it plans to ease restrictions on foreign investment in stocks listed on the Shanghai or Shenzhen exchanges to attract more foreign capital and support the economy.

The sentiment was largely upbeat after Friday’s U.S. payrolls report showed tame wages and more people looking for work, boosting optimism that the Federal Reserve would stay on a path of gradual interest rate increases.

“Last Friday’s gains managed to put a positive patina on what was otherwise a rather unimpressive week for equity investors,” Peter Kenney, senior market strategist at Global Markets Advisory Group, in New York, wrote in a note.

“That tone could serve investors well this week as we launch into Q2 earnings season.”

All eyes will turn to second-quarter earnings reports, with banks JPMorgan, Wells Fargo and Citigroup scheduled to report on Friday.

S&P 500 companies are expected to report 21 percent growth in earnings per share for the June quarter, according to Thomson Reuters I/B/E/S. But focus will be on any warnings companies might give about the impact of trade tariffs.

Tesla was up 0.9 percent after automotive news website Electrek reported the company hiked prices of its Model X and S cars by over $20,000 in China due to tariffs.

Groupon jumped 10.6 percent after a Recode report that the daily deals website operator was looking for a buyer.

Reporting by Sruthi Shankar in Bengaluru; Editing by Shounak Dasgupta