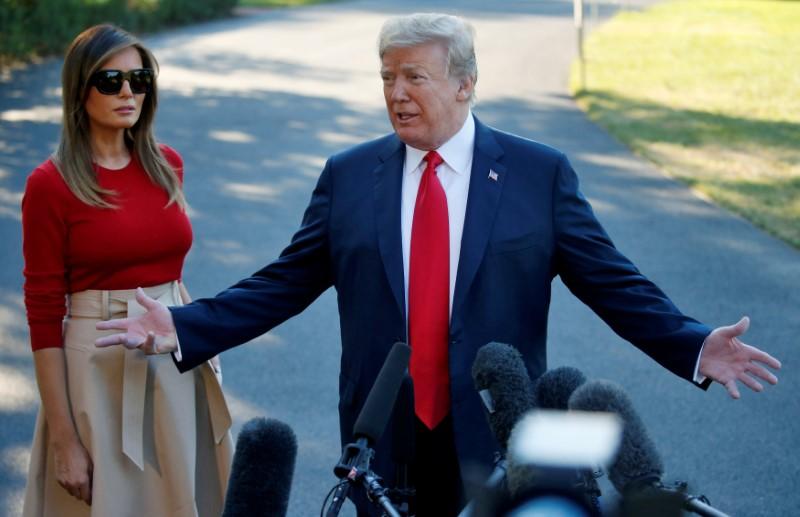 WASHINGTON (Reuters) – U.S. President Donald Trump on Tuesday pushed back against court rulings against his administration’s migrant detention policies, saying immigrants should not come to the United States illegally.

U.S. President Donald Trump speaks with the news media, with first lady Melania Trump standing beside him, before boarding Marine One for travel to Europe from the White House, in Washington, U.S., July 10, 2018. REUTERS/Leah Millis

“I have a solution: Tell people not to come to our county illegally. That’s the solution,” Trump told reporters at the White House a day after a U.S. federal judge rejected long-term detention of illegal immigrant children. “Come legally.”