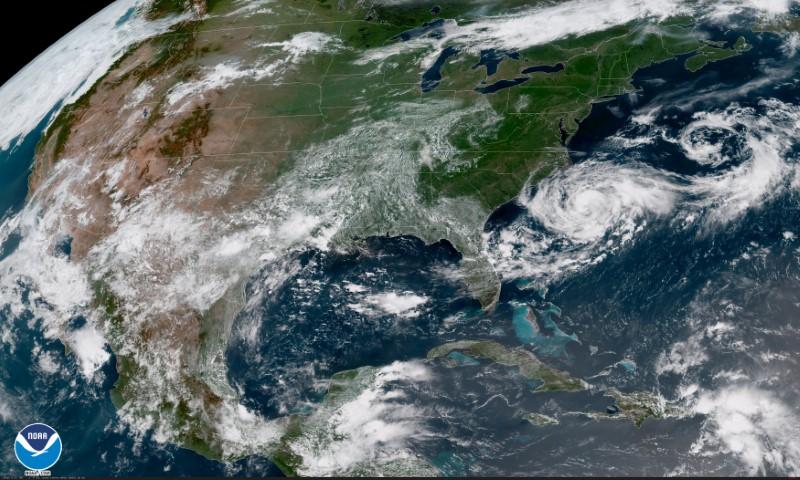 (Reuters) – Chris has strengthened to become the second hurricane of the 2018 Atlantic season as it moves away from the United States, the U.S. National Hurricane Center said on Tuesday.

Tropical Storm Chris is shown off the eastern coast of North and South Carolina, U.S., in this satellite image July 9, 2018 at 16:12 UTC. NOAA/Goes-East Imagery/Handout via REUTERS

The Florida-based weather forecaster said some additional strengthening was forecast for Tuesday night and Wednesday.

Reporting by Swati Verma in Bengaluru; Editing by Peter Cooney