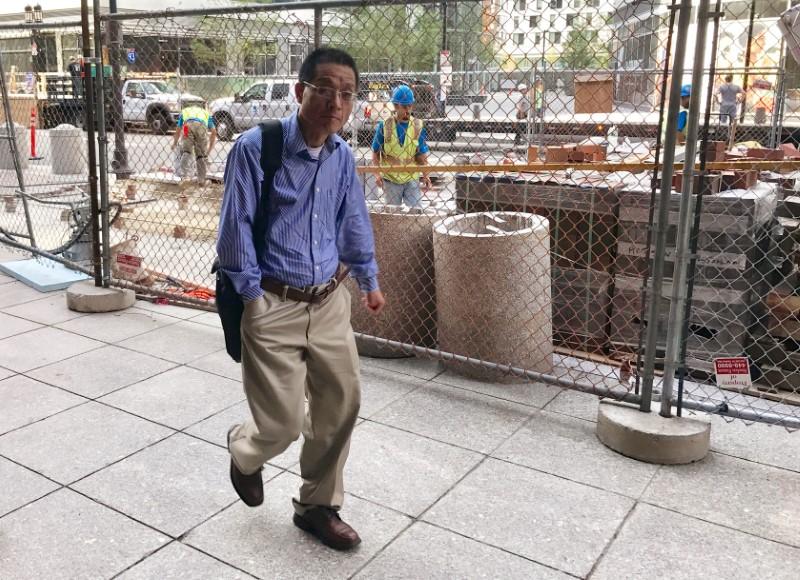 BOSTON (Reuters) – Two former employees of rival biopharmaceutical companies were convicted on Tuesday on U.S. charges that they used their access to confidential information about drug studies to profit in the stock market through insider trading.

Jurors delivered the verdict after less than an hour of deliberations following a two-week long trial. Both men are scheduled to be sentenced in early October.

Lawyers for Chan and Wang declined to comment following the verdict. They had at trial denied wrongdoing and contended they did not rely on inside information about the drug studies in order to place trades in the stock of each others’ companies.

Prosecutors said that from 2013 to 2014, Wang, director of statistical programming, tipped his friend Chan, 54, three times in 2013 to 2014 about positive results in drug studies before the Cambridge, Massachusetts-based company announced them.

The tips allowed Chan and his wife to buy Merrimack stock before the studies’ results were announced, prosecutors said. They said Wang also gave Chan money to conduct trades on his behalf in a brokerage account Chan had set up for that purpose.

In March 2015, Chan sold some of the Merrimack shares he had purchased and wrote Wang a check for $84,000, which prosecutors contended was Wang’s cut of the profits.

Prosecutors said that soon after Chan in August 2015 started a job as director of biostatistics at Akebia, he began buying the Cambridge-based company’s stock after learning details about a study for a drug it was developing.

Chan also tipped Wang, who likewise began buying Akebia stock and risky call options before the company announced the results of the study, which involved a drug to treat anemia patients who also had chronic kidney disease, prosecutors said.

Reporting by Nate Raymond in Boston; editing by Grant McCool and Susan Thomas