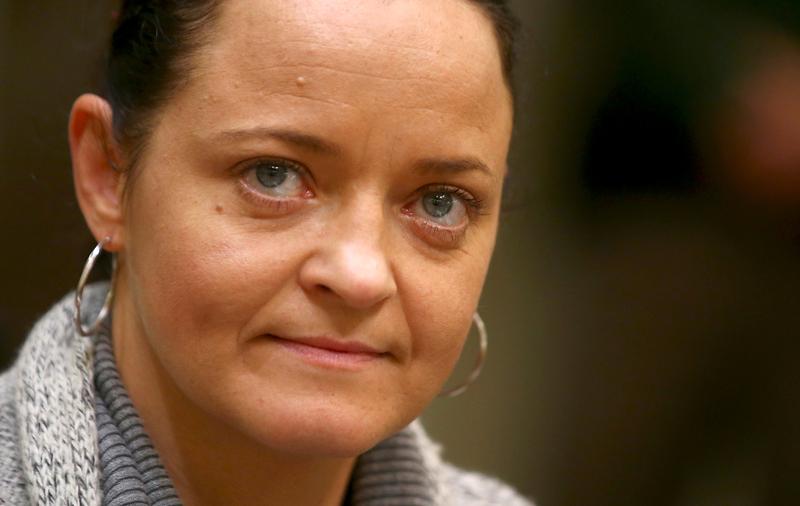 MUNICH (Reuters) – German judges give their verdict on Wednesday in the trial of a suspected neo-Nazi gang member accused of involvement in the murders of 10 people, something she denies despite apologizing to the victims’ families.

FILE PHOTO: Defendant Beate Zschaepe, accused of helping found a neo-Nazi cell, the National Socialist Underground (NSU), and of complicity in the murders of eight Turks, a Greek and a German police woman across Germany between 2000 and 2007, arrives for the continuation of her trial at a courtroom in Munich, southern Germany, November 8, 2016. REUTERS/Michael Dalder/File Photo

Prosecutors say Beate Zschaepe was part of the National Socialist Underground (NSU), whose members killed eight Turks, a Greek and a German policewoman over seven years from 2000.

Zschaepe has denied taking part in the murders with two men, Uwe Boehnhardt and Uwe Mundlos. They killed themselves in 2011 when police discovered the gang by chance. But she has, through her lawyer, said she felt morally guilty for not stopping them.

FILE PHOTO: Defendant Beate Zschaepe arrives for the continuation of her trial at a courtroom in Munich, southern Germany, December 8, 2015. REUTERS/Michael Dalder/File Photo

“I am a compassionate person and was able to see and feel the distress and despair of the families,” Zschaepe, 43, said last week in her closing statement at the regional court in Munich. “I apologise for the suffering I have caused.”

That was only the second time that Zschaepe spoke in court after more than 400 days of trial hearings. She said she had lacked the physical and mental strength to testify and feared her words would be misinterpreted or twisted.

In her previous testimony in 2015, she denied being a member of the NSU and described feeling horrified and bewildered when Boehnhardt and Mundlos told her about some of the murders.

Last week, she said she did not know how the victims were chosen and that she had denied reality to some extent for a long time. Only once she had turned herself in did she realize the full extent of the crimes, she said.

The prosecution has demanded a sentence of life in prison. Zschaepe’s lawyers have urged the court to convict her of the lesser charges of arson and robbery.

Relatives of NSU victims are unhappy with the trial.

“Why did the murderers pick my father?” Abdulkerim Simsek, son of Enver Simsek, who was shot on Sept. 9, 2000 and died two days later, asked at a news conference on Tuesday.

“After 437 trial days this, for us, important question has not been answered. I can’t find closure because I have the feeling that not everything was done to resolve this case.”

The NSU attacks were the most violent by a guerrilla group in Germany since the end of the far-left Red Army Faction’s two-decade spree in 1991, in which 34 people are estimated to have been killed.