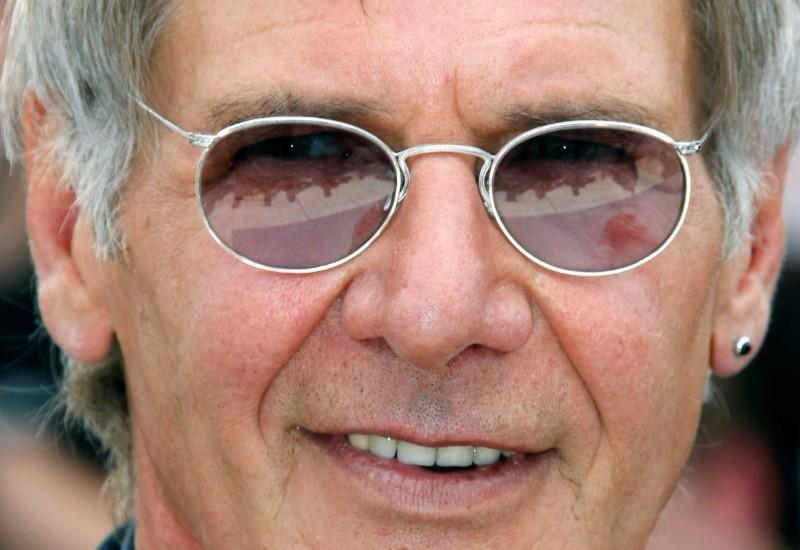 LOS ANGELES (Reuters) – Harrison Ford’s big screen return as adventurer Indiana Jones has been pushed back until 2021, Walt Disney Co announced on Tuesday, two years after the fifth movie in the action franchise was first scheduled to be released.

FILE PHOTO: Photographers are reflected in the glasses of cast member Harrison Ford during a photocall for the film “Indiana Jones and the Kingdom of the Crystal Skull” by U.S. director Steven Spielberg at the 61st Cannes Film Festival in Cannes, France, May 18, 2008. REUTERS/Eric Gaillard/File Photo

The film was originally scheduled for release in 2019 but that date was later pushed back to 2020. The new delay follows reports last week in Hollywood industry publications that the script had not been finished and that a new writer was being brought in to polish it. Disney did not immediately return a request for comment on Tuesday on the delay.

The film will reunite Ford with director Stephen Spielberg in the “Indiana Jones” franchise created by filmmaker George Lucas, that has grossed nearly $2 billion at the world box office with four films and amassed a global fan base. Disney said in 2016 that it was going ahead with a fifth installment.

The delay means Ford will be 79 when he appears as the Fedora-wearing archeologist in theaters. His age has been a running theme in the films since an often-quoted exchange in the first movie, “Raiders of the Lost Ark” in 1981.

Karen Allen, playing Jones’s love interest Marion, says “You’re not the man I knew 10 years ago” and Ford responds with a line that has since become famous: “It’s not the years, honey, it’s the mileage.”

Spielberg also has a slate of other projects he is currently working on, including a remake of musical “West Side Story” and religion drama “The Kidnapping of Edgardo Mortara.”

The as yet untitled fifth “Indiana Jones” film will come 13 years after “Indiana Jones and the Kingdom of the Crystal Skull,” in which Ford’s Jones reunited with his former love Marion, again played by Allen, and discovered he had a grown son, Mutt Williams (Shia LaBeouf). The film received mixed reviews.

Ford’s most recent movie appearances were in last year’s “Blade Runner 2049” and “Star Wars: The Force Awakens” when he reprised his role as swash-buckling adventurer Han Solo. The 2015 film went on to take more than $2 billion at the global box office and become the third biggest release of all time.