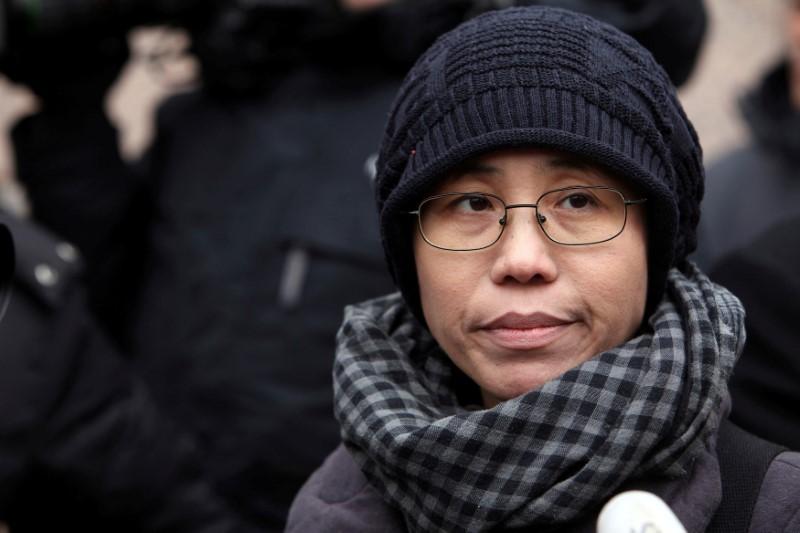 Liu Xia was on board a Finnair flight that left from Beijing at 11 a.m. (0300 GMT), Ye Du, a writer and friend, told Reuters. Ye said he was informed of Liu’s departure by her older brother.

Her departure, following months of pressure from activists and international human rights organizations, comes at the end of a visit to Germany by Chinese Premier Li Keqiang. He is due to leave Germany on Tuesday.

Germany has been pushing China to let Liu leave following the death of her husband on July 13, 2017, from liver cancer while in Chinese custody, Western diplomats have said.

Officials at the German embassy could not immediately be reached for comment.

Liu Xia, a poet and artist who suffers from depression, had been under house arrest since 2010 when Liu Xiaobo, a veteran of the 1989 Tiananmen Square pro-democracy protests who was sentenced to a 11-year prison term in 2009 for inciting subversion, was awarded the Peace Prize.

China has repeatedly said Liu Xia is free and accorded all rights guaranteed to her by law.

Western diplomats have said, however, that authorities had closely monitored her after the death of her husband and she had only able to meet and speak to friends and family in pre-arranged phone calls and visits.

A friend of Liu Xia told Reuters in May that she was losing hope of leaving the country.