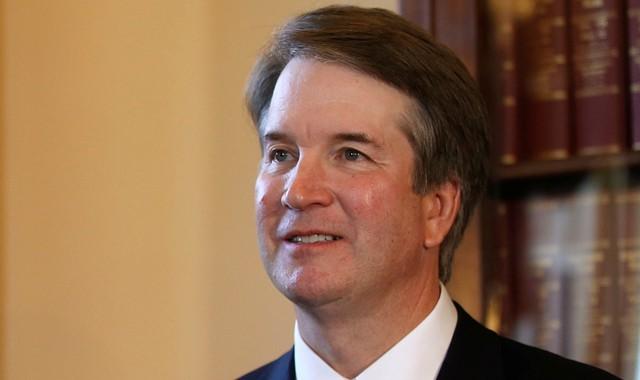 WASHINGTON (Reuters) – Democrats on Wednesday were reorienting their uphill push to block U.S. Senate confirmation of President Donald Trump’s nominee to the Supreme Court, moving healthcare to the center of their strategy and putting less emphasis on abortion rights.

While the two issues are closely linked, the change aligns with polling that shows healthcare is a major concern for swing-state voters ahead of November’s congressional elections, with abortion rights more divisive.

No matter the top issue, Democrats will have a hard time derailing the nomination of Judge Brett Kavanaugh.

Trump’s Republicans have a 51-49 Senate majority, enough to confirm Kavanaugh if they stick together. But they have little margin for error and Democrats see healthcare as a potential wedge issue.

Senate Democratic leader Chuck Schumer on Tuesday rattled off topics Kavanaugh might have to rule on as a Supreme Court justice. “But at the top of the list is healthcare,” he said.

Democratic strategist Jim Manley noted, “This is one argument that unites the (Democratic) caucus.”

If confirmed, Kavanaugh and the court might have to consider a lawsuit by Texas and other states challenging Obamacare’s health insurance protections for patients with pre-existing conditions, such as cancer, diabetes and Parkinson’s.

The case has slim chance of success even if it does reach the conservative-leaning Supreme Court, said legal scholars, including some involved in previous Obamacare challenges.

Still, Democrats are pointing to that case as a red flag as Congress considers elevating Kavanaugh to the Supreme Court.

As a judge on the U.S. Court of Appeals for the District of Columbia Circuit, Kavanaugh dissented in 2011 from the appeals court’s conclusion that Obamacare did not violate the U.S. Constitution. The dissent was narrowly focused.

Democratic Senator Chris Murphy of Connecticut said on Wednesday that Trump, in choosing Kavanaugh, is “trying to rig a Supreme Court such that it will strike down protections for pre-existing conditions and he has a case ready to move to the Supreme Court to do just that.”

West Virginia Democratic Senator Joe Manchin, battling for reelection in a state Trump won in 2016, in a statement on Kavanaugh’s nomination, said the “Supreme Court will ultimately decide if nearly 800,000 West Virginians with pre-existing conditions will lose their healthcare.”

Compared to their initial attacks on Kavanaugh, Democrats are putting less stress in recent days on the possibility that he could threaten Roe v Wade, a landmark 1973 Supreme Court decision supporting abortion rights.

Republican Senator Susan Collins, a moderate and a key swing vote in the Senate, has signaled concern about Kavanaugh and abortion, but also about healthcare. Speaking to reporters, she said, “The healthcare issues are very important to me.”