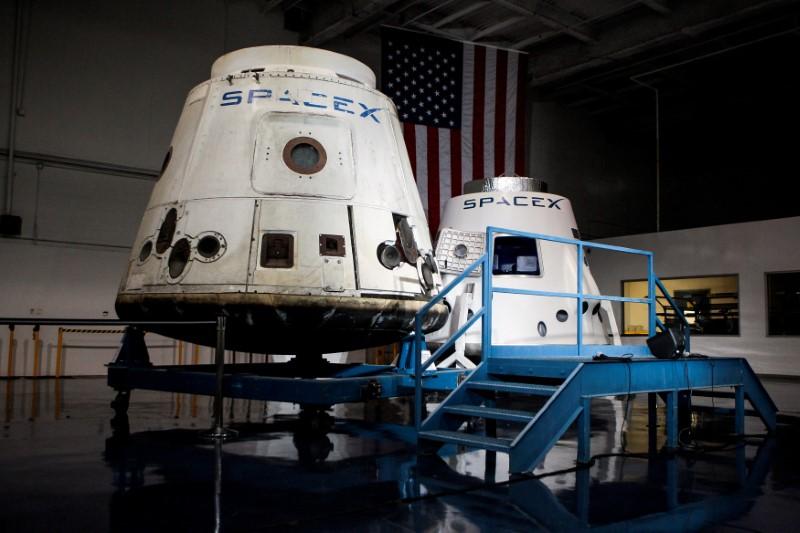 ORLANDO, Fla. (Reuters) – Plans to launch the first NASA astronauts since 2011 to the International Space Station from the United States look set to be delayed due to incomplete safety measures and accountability holes in the agency’s commercial crew program, according to a federal report released on Wednesday.

SpaceX and Boeing Co are the two main contractors selected under the National Aeronautics and Space Administration’s commercial crew program to send U.S. astronauts to space as soon as 2019, using their Dragon and Starliner spacecraft respectively.

But the report from the Government Accountability Office said the issues could cause delays in the launch of the first crewed mission from U.S. soil by a private company and could result in a nine-month gap in which no U.S. astronauts inhabit the ISS.

“Boeing and SpaceX continue to make progress developing their crew transportation systems, but both contractors have further delayed the certification milestone to early 2019,” the report said.

“Without a viable contingency option for ensuring uninterrupted access to the ISS in the event of further commercial crew delays, we concluded that NASA was at risk of not being able to maximize the return on its multibillion dollar investment in the space station,” it added.

Boeing said it was aiming for test flights this year.

“Boeing is working with NASA to ensure that the CST-100 Starliner flies at the earliest time it is safe to do so,” Boeing senior spokesman Jerry Drelling told Reuters in an email.

Officials with SpaceX, formally known as Space Exploration Technologies, and NASA could not immediately be reached to comment.

In 2014, SpaceX and Boeing respectively received $2.6 billion and $4.2 billion contracts to build crew transportation systems under the commercial crew program, NASA’s flagship campaign to use the private sector for ISS missions.

In the report, NASA said it was working closely with its commercial partners to resolve the issues and was developing contingency plans in case of further delays.

Before SpaceX and Boeing can launch the astronauts they must demonstrate their crew systems are safe for human spaceflight, according to NASA.

The GAO said it is tracking potential safety risks on the private companies’ crew capsules, including a Boeing Starliner abort system meant to eject the capsule from a hazardous rocket explosion, and a since-upgraded fuel valve on SpaceX’s Falcon rocket that triggered a costly 2016 launchpad explosion.

Since 2011, NASA has bought seats on the Russian Soyuz spacecraft months in advance to send U.S. astronauts to the space station from launchpads in Kazakhstan. U.S. launches before 2011 were handled by NASA.