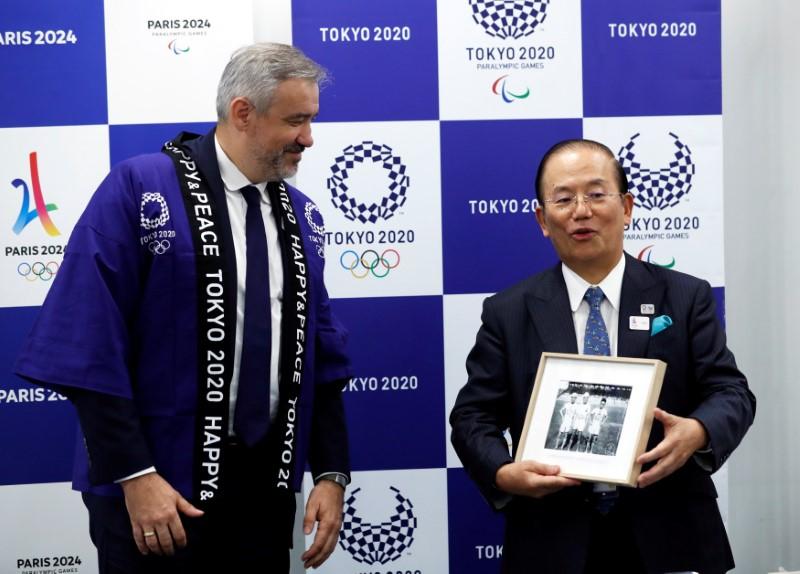 TOKYO (Reuters) – The Tokyo 2020 and Paris 2024 organizing committees said on Wednesday they had agreed to cooperate on preparations for their respective Summer Games, as Japan gets set to host the Olympics in just over two years and France begins to lay its groundwork.

Organizers said they would explore partnering in areas including the exchange of personnel and information and language services, and actively promote each other’s Games and work closely on the flag hand-over ceremonies.

They will also discuss other areas of potential cooperation to help ensure the success of both Games.

“This is a very important day for us, not only because we won the semi-final of the World Cup,” said Paris 2024 Director General Etienne Thobois, referring to France’s win over Belgium the night before and eliciting laughter at a briefing in Tokyo.

“But also because we can sign this agreement which for us is very important because after the IOC and the IPC, Tokyo 2020 will be our first partner and we are really looking forward (to it).”

Thobois said Paris could learn from Tokyo’s marketing program and noted the selection of the mascots, voted on by school children across Japan, as one way Tokyo has succeeded in generating enthusiasm for the Olympics nationwide.

The International Olympic Committee last year awarded Paris the 2024 Summer Olympics and Los Angeles the 2028 Games, the first time it has awarded two Olympics at the same time.

That decision came following the withdrawal of four of the six cities bidding for the 2024 Olympics, amid concerns about the cost and complexity of organizing the world’s biggest multi-sports event.