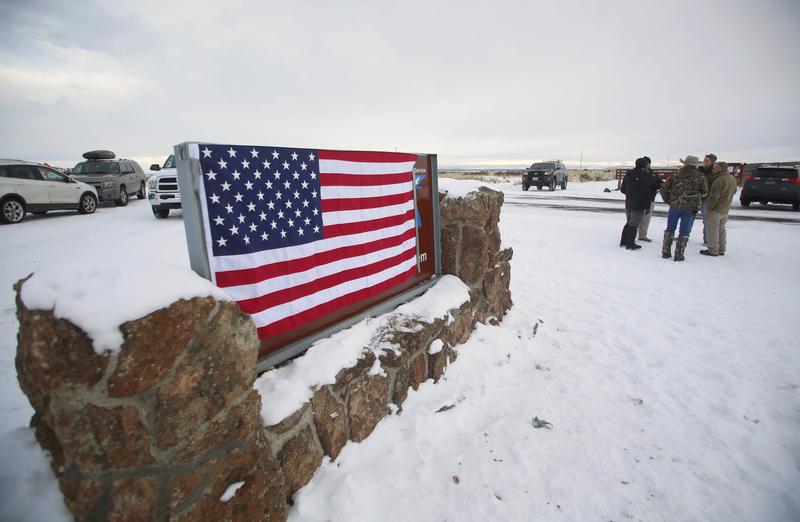 (Reuters) – Two Oregon ranchers whose sentencing on arson convictions sparked the 2016 armed occupation of a wildlife refuge were due to return home on Wednesday, after being pardoned by U.S. President Donald Trump, the family said in a statement.

The 41-day standoff, which occurred in response to the jailing of the ranchers for setting a fire that spread to public land, marked a flare-up in the long-simmering dispute over federal land policies in the U.S. West. It turned deadly when police shot one of the occupiers.

The family of jailed rancher Dwight Hammond, 76, and his son, Steven, 49, in a statement late Tuesday thanked Trump.

“Our family is grateful to the president and all who worked to make this possible,” the statement read. “We will continue on our path, continue ranching and continue believing in America.”

The pair were expected to arrive at Burns Municipal Airport in southeastern Oregon, about 120 miles (190 km) east of Bend, after on Wednesday morning, the family statement said.

The ranchers were convicted in 2012 for setting a fire that spread onto public land, after years of disputes with the U.S. Bureau of Land Management. The Hammonds said they were using standard brush-control techniques, but federal prosecutors said that in at least one instance they were trying to hide evidence of the slaughtering of a herd of deer.

They were initially sentenced to less than the legal minimum five years in prison by a judge who said the minimum was too harsh. Following an appeal by prosecutors, a different judge ordered the men back to prison to serve the full five years, sparking protests and the occupation of the Malheur National Wildlife Refuge.

The White House on Tuesday called that decision “unjust.” It noted that Dwight Hammond had served about three years in prison and Steven had served four.

Jennifer Rokala, executive director of the Center for Western Priorities, in a statement expressed dismay at the pardon, calling the Hammonds “lawless extremists.”

The leaders of the Malheur standoff, including activists Ammon and Ryan Bundy, were cleared of federal charges for their role in the protest.

The pardons are the latest in a series that have raised questions about whether Trump is using the power to reward supporters. Others have included conservative pundit Dinesh D’Souza, for campaign finance crimes, and former Arizona sheriff Joe Arpaio, who campaigned for Trump before being convicted in a case regarding racial profiling.

Reporting by Scott Malone in Boston; Editing by Steve Orlofsky