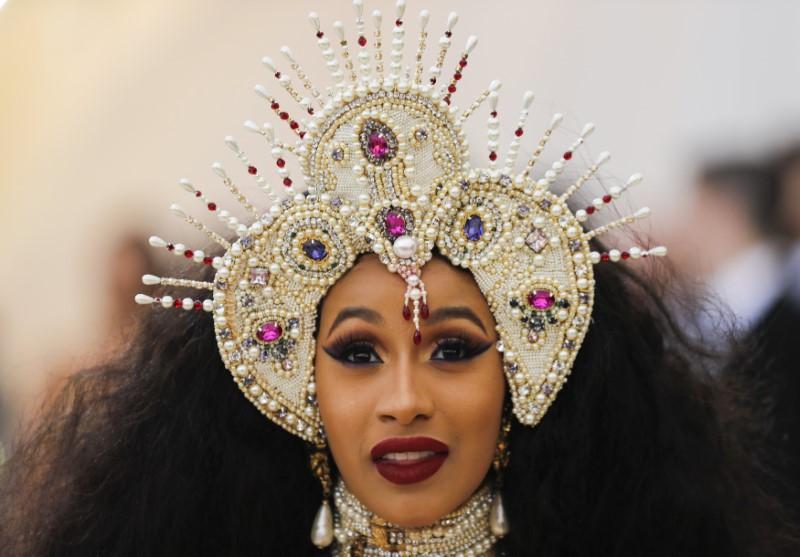 LOS ANGELES (Reuters) – Rapper Cardi B has given birth to her first child, a baby girl, with her rapper husband Offset, according to an announcement she posted to Instagram on Wednesday.

FILE PHOTO: Rapper Cardi B arrives at the Metropolitan Museum of Art Costume Institute Gala to celebrate the opening of “Heavenly Bodies: Fashion and the Catholic Imagination” in the Manhattan borough of New York, U.S., May 7, 2018. REUTERS/Carlo Allegri/File Photo

The parents named the child Kulture Kiari Cephus, Cardi B said on an Instagram post that featured a nude pregnancy photo of the 25-year-old “Be Careful” singer surrounded by flowers.

The baby’s name is an apparent nod to albums Culture and Culture II from Migos, the rap group of which Offset is a member. His real name is Kiari Cephus.

The birth came just weeks after Cardi B confirmed in a statement that she and Offset, 26, had been secretly married in September.

Cardi B’s real name is Belcalis Almanzar. She announced that she was pregnant during an appearance on “Saturday Night Live” in April.

It is the fourth child for Offset, who has three other children from previous relationships.