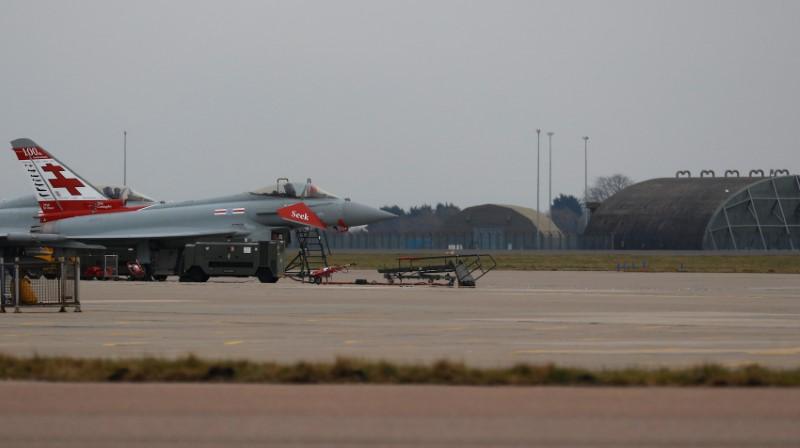 LONDON (Reuters) – Britain wants to maintain a leadership position in fighter jet technology and will not take a subsidiary role to France and Germany as they move ahead on developing a next-generation warplane, the country’s air chief said on Wednesday.

Britain is considering its future air combat strategy, and the government said in February it will provide a further update on it at some point this summer.

“We have world leading capabilities. We are going to define what we want to do in the future,” Air Chief Marshal Stephen Hillier, chief of staff of the Royal Air Force, told reporters.

Hillier noted Britain had played a key role in development of the Eurofighter Typhoon and Lockheed Martin Corp’s (LMT.N) F-35. “What we’re not going to do is follow where other nations go,” he said after a conference of global air chiefs. “I don’t feel that the UK’s role in this is to chase after France and Germany.”

Signs are growing of a rift between Britain and the rest of Europe over defence and security. With the country negotiating its exit from the European Union next year, Britain is excluded from work on the Galileo satellite programme.

The next-generation fighter project will shape the European defence market for decades to come, raising the stakes for existing players such as Britain’s BAE Systems(BAES.L).

France announced in June it would take a leading role on the new fighter programme, saying it would start as a bilateral effort with Germany that could be expanded later.

Hillier said Britain had a track record of collaborating with other countries, including France and Germany, and the UK effort could include them a later stage.

He declined to confirm reports of a possible tie-up between Britain and Sweden, saying only that Britain would be willing to work with like-minded nations. Sweden’s Saab AB, which builds the Gripen fighter, lost an order on Wednesday to build 14 fighter jets for Slovakia to Lockheed.

Dirk Hoke, head of Airbus Defence and Space, said last week other countries such as Britain and Spain could eventually be invited to participate in the Franco-German initiative.

Europe needed to focus its efforts on one fighter project, he said. “We cannot survive global competition if we fragment this market … further.”

Airbus and its long-time rival, France’s Dassault Aviation (AVMD.PA), signed an agreement to work together on the project in April.