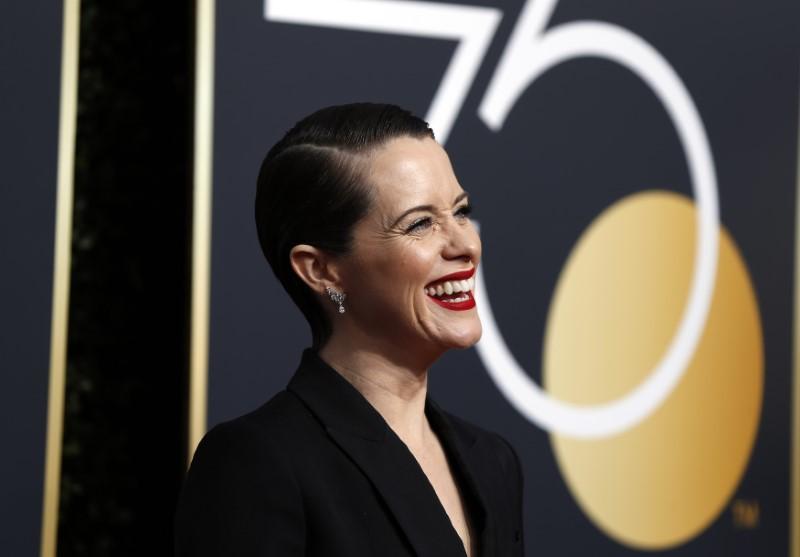 The following are reactions by statement and on social media from nominees for television’s highest honors, which will be handed out on Sept. 17 in a Los Angeles ceremony.

“What a morning! So grateful to the Academy for recognizing my work on The Handmaid’s Tale but I am completely BLOWN AWAY by the 20 nominations the show has received! I’m so proud of my amazingly talented castmates who were recognized.” – actress Elisabeth Moss, “The Handmaid’s Tale.”

“Being on set with our extraordinary cast and crew was the most wonderful way to receive and celebrate the news today. I am beyond excited that the entire Maisel team was recognized for their insane talents and hard work.” – actress Rachel Brosnahan, “The Marvelous Mrs. Maisel.”

“As if Will & Grace coming back in the first place wasn’t enough, to have the chance to play Karen Walker again feels like a miracle to me. Will & Grace allowed me to move out of my apartment in West Hollywood and buy clothes from stores that weren’t Jet Rag.” – actress Megan Mullaly, “Will and Grace.”

“So proud of ‘Games of Games’ and excited to be nominated for host. And congratulations to all the other hosts-women, gays and an African American – this is what makes America great.” – talk show host Ellen DeGeneres, “Game of Games.”

“My genuine gratitude to the Emmy Voters. GODLESS was Scott Frank’s triumph. Thrilled to be a part of it. Plus I got to ride a horse.” – actor Jeff Daniels, “Godless”

“It’s truly an honor to be nominated, and especially nice not to be the oldest person in the category. Thanks, Larry.” – actor Ted Danson “The Good Place”

“We’re beyond thrilled to have been honored with these nominations by the Academy … We’re all still in mourning after last night’s world cup defeat, but I know this news will go some way to restoring our spirits.” – Peter Morgan, creator, writer “The Crown”

“I am completely over the moon and so happy. This recognition from my peers for my life’s work and my show, ‘Better Things.’ Filled with gratitude. Thank you.” actress Pamela Adlon, “Better Things”

“I am so grateful for and honored by the Emmys continued support for ‘The Crown’. I am so proud to have been part of such an extraordinary cast, crew and production team and I share this nomination with them.’ – actress Claire Foy, “The Crown”

“12 nominations for our show!! I love this cast and crew so much and I’m beyond thrilled to see how much ‘Stranger Things’ has been embraced by our peers and The Academy.” – actress Millie Bobby Brown, “Stranger Things.”

“I am beyond flattered and honored to be nominated, especially amongst such an inspiring group of directors.” – Hiro Murai, director “Atlanta”

“We’re so thrilled that ‘The Americans’ has been recognized with an Emmy nomination in its final season. This has been a true labor of love for all of us – and an incredible collaboration of so many artists, craftspeople, and executives.” – Joe Weisberg and Joel Fields, executive-producers, co-showrunners, writers, “The Americans”

“Making ‘RuPaul’s Drag Race’ is a labor of love. The fact that members of the Television Academy have recognized that passion by nominating us for 12 Emmy’s is a true honor.” - RuPaul Charles, of “RuPaul’s Drag Race”

“Of course it’s thrilling to see this series attract so much recognition … This was a heartbreaking story to tell, made more so by the fact that we continue as a culture to grapple with homophobia and shame and intolerance.” – Ryan Murphy, creator of “The Assassination of Gianni Versace: American Crime Story”

“TBS bravely put a woman over 45 on TV and in turn I only got yelled at by the president once. We have some seriously special people on our staff and hearing them go crazy in the office right now is just the medicine this world needs.” – Samantha Bee, star of “Full Frontal with Samantha Bee”