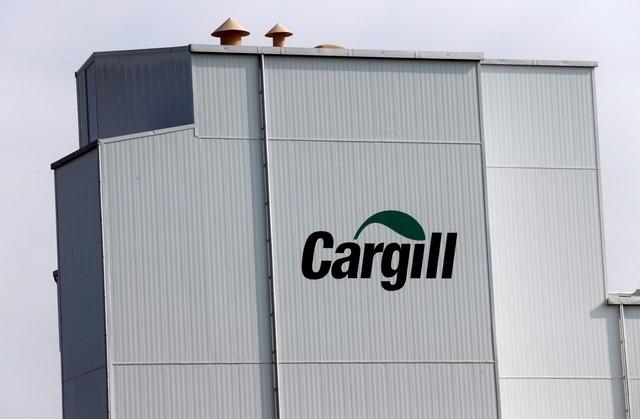 For the full year, adjusted operating earnings reached $3.2 billion, up 6 percent from fiscal 2017. Company officials said that was the highest ever, excluding earnings from Cargill’s investment in fertilizer producer the Mosaic Company, which it exited in fiscal 2011.

The impact of a drought in Argentina, and volatility in financial and commodity markets sparked by trade disputes between the United States and top commerce partners China and Mexico, helped Cargill’s grain trading unit to its strongest fourth-quarter showing in seven years.

Years of global oversupply have depressed grains prices and made it difficult for top agricultural grains merchants such as Cargill to turn a profit buying and selling food staples such as corn, soybeans and wheat.

But the drought in Argentina has eaten into the supply glut, while tit-for-tat tariffs have disrupted global grain flows, giving merchants space to profit.

Cargill’s Chief Financial Officer Marcel Smits warned that too much volatility could be a problem, however.

The company has mapped out plans internally to deal with disruptions to trade, Smits said in an interview Thursday. But the plans could quickly lose relevance, given the speed at which the trade disputes are developing.

“We have potentially an advantage in terms of anticipating different scenarios, but it is hard to risk manage yourself through some of that volatility,” Smits said.

Over the past fiscal year, the demand for protein and animal feed was the biggest boost to Cargill’s bottom line.

Global demand for all proteins – whether from meat and poultry, or aquaculture and plants – is booming in emerging markets in Asia and Africa, in part due to rising incomes, industry analysts say.

Cargill has steadily expanded its portfolio in the sector in recent years, from investing in U.S. pea protein production to buying Pollos El Bucanero SA, one of Colombia’s largest meat producers.

Cargill’s net earnings rose to $711 million in the fourth quarter ended May 31, from $347 million a year earlier.