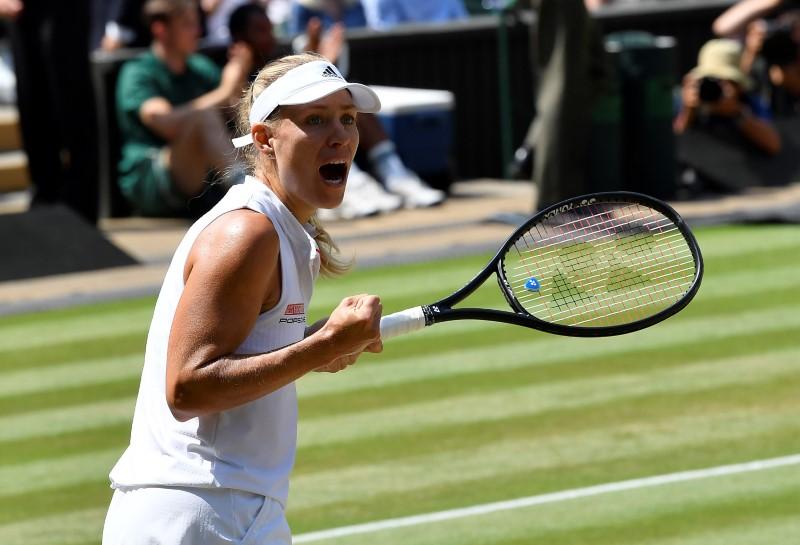 LONDON (Reuters) – Germany’s Angelique Kerber proved too solid for error-strewn Latvian Jelena Ostapenko as she reached her second Wimbledon final with a 6-3 6-3 victory on Thursday.

The 30-year-old was gifted point after point as Ostapenko’s aggressive game backfired in a blaze of unforced errors.

A tight tussle looked in store at 3-3 in the first set but when Ostapenko fired a forehand long to drop serve the match quickly ran away from her.

She double-faulted on set point and Kerber, who served well and defended superbly when required to fend off Ostapenko’s sporadic attacks, accelerated into a 5-1 lead.

Ostapenko suddenly began to land some big blows, clawing back a couple of games and had a point to narrow the deficit to a single game as Kerber showed late nerves.

But Kerber nipped the recovery in the bud and booked a Saturday date back on Center Court when Ostapenko rammed a forehand wide.

She will face either seven-times champion Serena Williams or fellow German Julia Georges in the final.