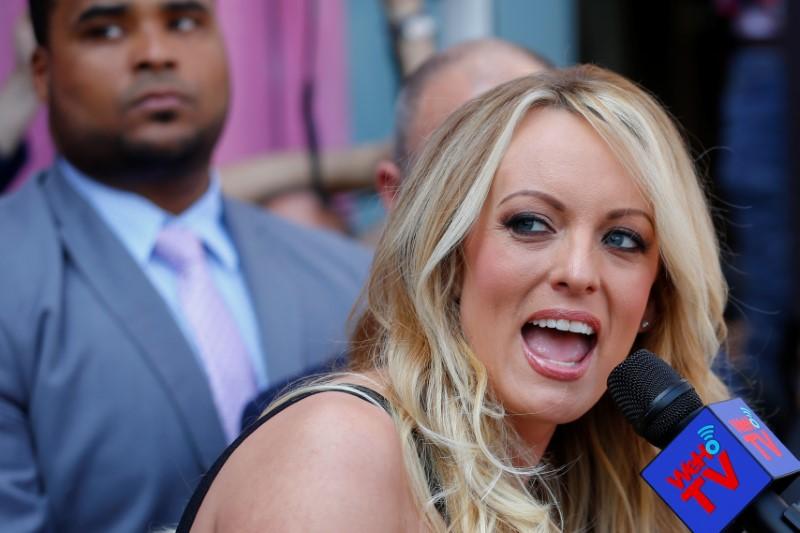 Daniels, real name Stephanie Clifford, was arrested in a Columbus, Ohio, club for allowing a customer to touch her while on stage, lawyer Michael Avenatti said on Twitter, adding that the touching was of “a non-sexual manner”.

Daniels has said she had sex with Trump in 2006 and that the president’s personal attorney Michael Cohen paid her $130,000 shortly before his election to keep it secret.

Cohen has confirmed he made the payment.

In May, Trump, who has denied the affair, said Daniels was paid to stop “false and extortionist accusations”.

Prosecutors are investigating Cohen for possible crimes related to his business dealings, a source familiar with the investigation told Reuters in April. He has not been charged.

Daniels has filed two lawsuits against Trump, one to get out of a non-disclosure agreement she signed in October 2016 ahead of the November election in exchange for the $130,000, and another for defamation.

Daniels has been on tour since last winter, appearing at strip clubs across the United States. She was scheduled to perform at Sirens Gentlemen’s Club on Wednesday and Thursday, according to its website.

Avenatti said Daniels was performing her act on Wednesday, one “she has performed across the nation at nearly a hundred strip clubs” and was arrested during what he said was a sting operation.

“This was a setup & politically motivated. It reeks of desperation. We will fight all bogus charges,” Avenatti said on Twitter.

Ohio law says that strip club patrons and nude or semi-nude employees are not allowed to touch each other.

Avenatti said he expected his client to be released on bail and that she would be charged with a misdemeanor.

“We will vehemently contest all charges,” he said.