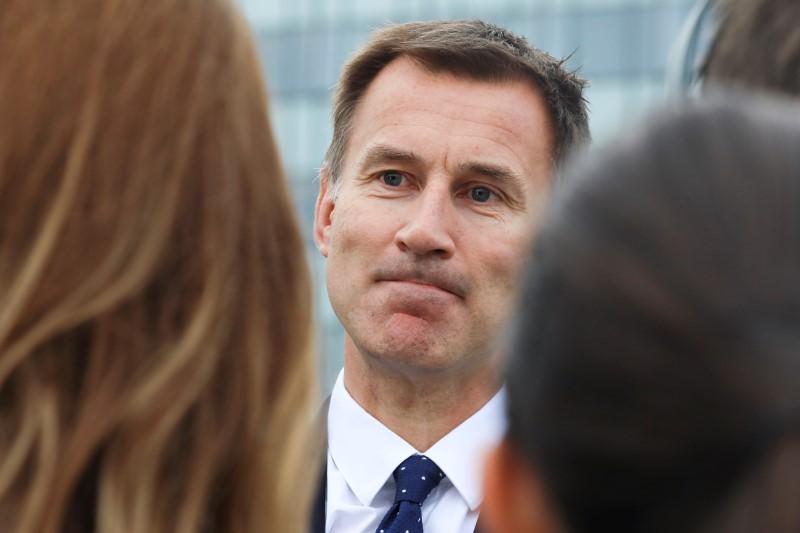 BRUSSELS (Reuters) – British foreign minister Jeremy Hunt said on Thursday he expects a lively debate in parliament around the government’s soon-to-be-published Brexit policy, but that it offers a basis for talks to move forward in Brussels.

Britain’s Secretary of State for Foreign and Commonwealth Affairs Jeremy Hunt talks to the press during the NATO summit in Brussels, Belgium July 12, 2018. REUTERS/Reinhard Krause

“You’re going to have very, very lively debates in a situation like this. This is one of the biggest decisions that we have taken as a country in our political lifetimes so there’s going to be a pretty fierce discussion but the prime minister has found a way forward,” Hunt told reporters at a NATO summit in Brussels.