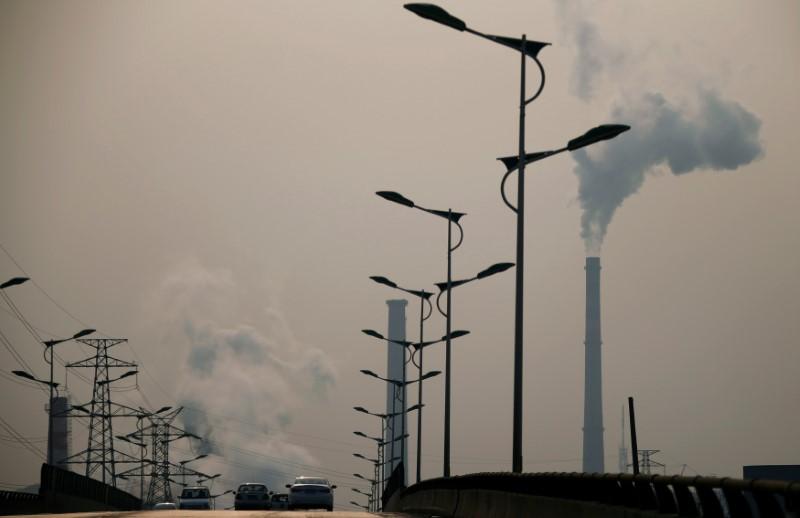 BEIJING (Reuters) – China’s top steelmaking city, Tangshan, has ordered steel mills to shut sintering plants and asked that coke and cement factories curb output for five days due to forecasts of heavy smog over the weekend, two sources familiar with the plan said on Friday.

FILE PHOTO – Smoke rises from chimneys of a steel plant next to a viaduct on a hazy day in Tangshan, Hebei province February 18, 2014. REUTERS/Petar Kujundzic/File Photo

The measures came into force at noon on Friday and will last until noon on July 18, the sources said. They declined to be identified as they are not authorized to speak to the media.

The Tangshan government could not be reached for comment.

Sintering plants, where iron ore is heated into a mass as a precursor to making hot metal, along with coke and cement factories, have been major targets this year in Beijing’s push to curb pollution.