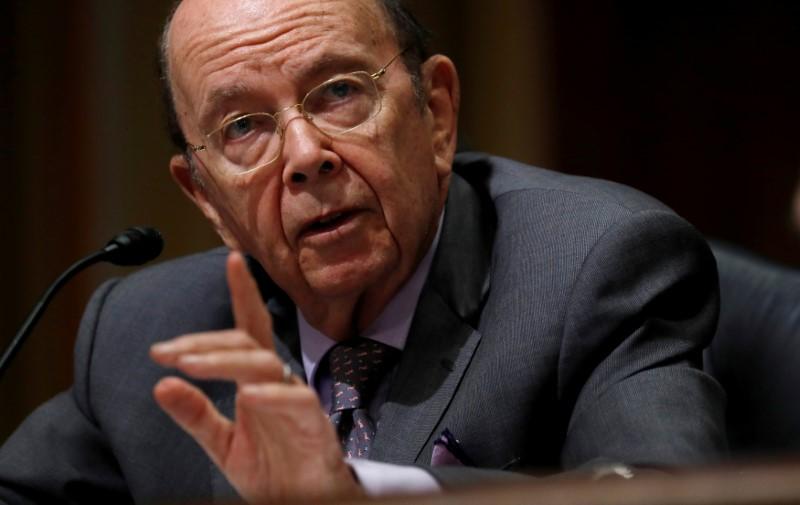 WASHINGTON (Reuters) – U.S. Commerce Secretary Wilbur Ross on Thursday admitted ethical lapses in reporting on his financial assets and said he would sell all of his remaining stocks after a federal ethics agency warned of the “potential for a serious criminal violation.”

In January 2017, Ross pledged to sell his stake in his main private equity firm and resign from corporate boards. In an ethics agreement, the billionaire investor vowed to sell shares in Invesco Ltd, the parent company of W.L. Ross & Co, valued at up to $50 million.

On Thursday, Ross said in a statement: “I have made inadvertent errors in completing the divestitures required by my ethics agreement.”

“To maintain the public trust, I have directed that all of my equity holdings be sold and the proceeds placed in U.S. Treasury securities,” he said.

A letter from the U.S. Office of Government Ethics (OGE) sent to Ross on Thursday said an investigation by an ethics official at the Commerce Department found no indication of a violation of primary conflict of interest law.

“However, your failure to divest created the potential for a serious criminal violation on your part and undermined public confidence,” it said.

The OGE noted “various omissions and inaccurate statements” in disclosure and compliance documents submitted in the past year.

It said the billionaire investor had reported two sales of Invesco Ltd stock in 2017 after the date by which he had agreed to divest his holdings.

“You also opened new short positions on various holdings that you committed to divesting in your Ethics Agreement, in contravention of that agreement,” the OGE letter said.