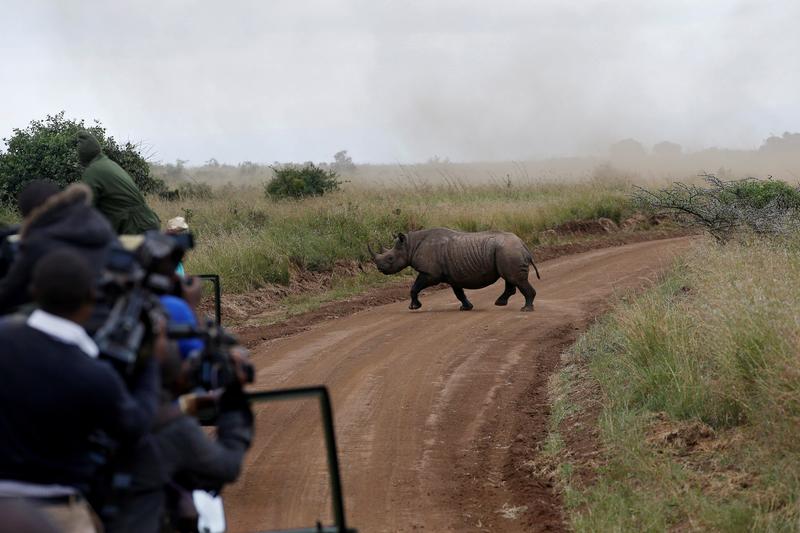 NAIROBI (Reuters) – Eight black rhinos have died in Kenya while being transported by the state wildlife service between two national parks, Tourism Minister Najib Balala said on Friday in a statement.

The rhinos, who are part of a critically endangered species, died at Tsavo East National Park, the Daily Nation newspaper reported.

An initial investigation by Kenya Wildlife Service (KWS) showed the rhinos died of salt poisoning after drinking water at their new habitat, the statement said, adding that transports of rhinos are being stopped.

The rhinos were among 14 KWS began moving last month from the capital Nairobi to Tsavo East.

Kenya had a rhino population of 1,258 in 2017 of which 745 are black rhinos, 510 are southern white rhinos and three were northern white rhinos, having grown from less than 400 rhinos in the 1980s. The white rhino is a near threatened species.

In May, three black rhinos were killed in Kenya’s Meru National Park.

Poaching has risen in recent years across sub-Saharan Africa where armed criminal gangs have killed elephants for tusks and rhinos for horns. Often the animal parts are shipped to Asia for use in ornaments and medicines.

World Wildlife Fund-Kenya said in a statement it was “extremely concerned” by the reports.