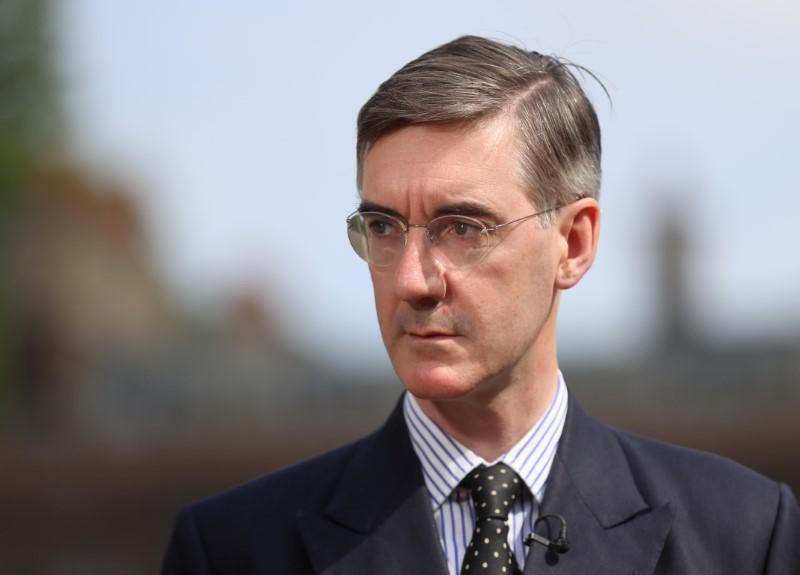 LONDON (Reuters) – British Prime Minister Theresa May has an opportunity to reverse her strategy for Brexit, a eurosceptic lawmaker in her Conservative Party said on Friday, criticising her plan for maintaining close trade ties with the European Union.

Brexit campaigner Jacob Rees-Mogg talks to the media outside the Houses of Parliament after David Davis resigns from government, in London, Britain, July 9, 2018. REUTERS/Simon Dawson

Asked if he could change May’s plan without changing the prime minister herself, he replied: “Yes I think that’s possible. The prime minister has changed her mind before … and we need to get back to what she said at Lancaster House which was a very good blueprint for leaving.”