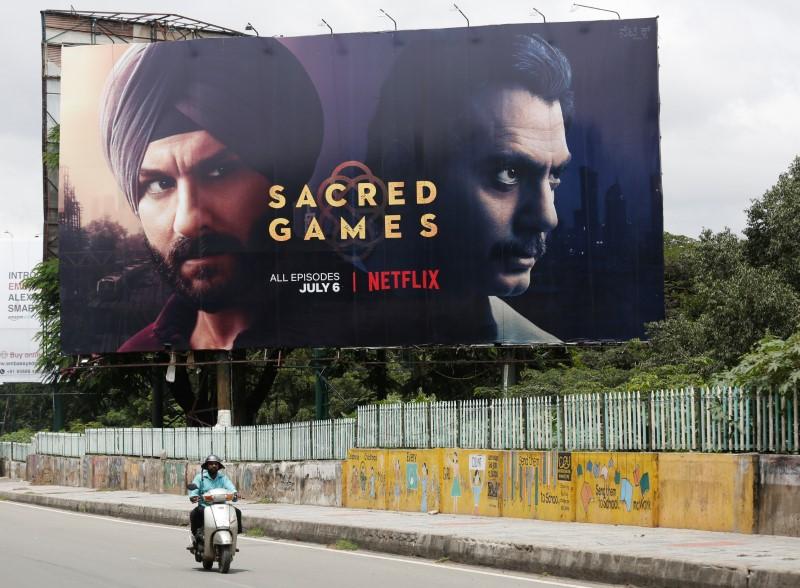 The Delhi High Court adjourned the case on Thursday to give judges and respondents time to study the petition filed by Nikhil Bhalla, a lawyer and a member of the opposition Congress party, which Gandhi led for seven years until his assassination in 1991.

The series, Sacred Games, is a thriller set in Mumbai with a cast of police officers, spies and politicians. It debuted this month in the first of a series of new shows aimed at the Indian market.

In one scene, Gandhi is referred to as a “fattu”, a Hindi slang word for a coward.

Grainy news footage shows him shaking hands with world leaders, while a voice-over accuses him of appeasing Muslim groups in a case involving divorce rights for Muslim women.

“The show ‘Sacred Games’ has inappropriate dialogues, political attacks and even speeches, which are derogatory in nature and harms the reputation of the former Prime Minister Shri Rajiv Gandhi,” the petition said.

A Netflix spokesman in India did not reply to phone calls and text messages seeking comment.

Gandhi became prime minister after his mother Indira was assassinated in 1984. He lost power five years later and in 1991, still holding the post of Congress party president, was killed by an ethnic Tamil suicide bomber.

His son, Rahul Gandhi, is the current party president.

The petition asks the court to order Netflix to delete derogatory remarks made directly or indirectly against Rajiv Gandhi or his family.

“We cannot afford to, in the name of freedom of speech allow anything to be beamed in every home without regard to its impact on society,” the petition said.

The series, based on a 2006 novel by Vikram Chandra, has won critical praise for its gritty portrayal of Mumbai’s crime scene and politics.

Both Netflix and its streaming rival Prime Video, owned by Amazon.com, are scrambling to add local content in a bid to woo Indian viewers at home and overseas.

But movies and television shows at times run afoul of Indian viewers and conservative groups.

India does not censor content on the Internet, but movies and television are both heavily censored.