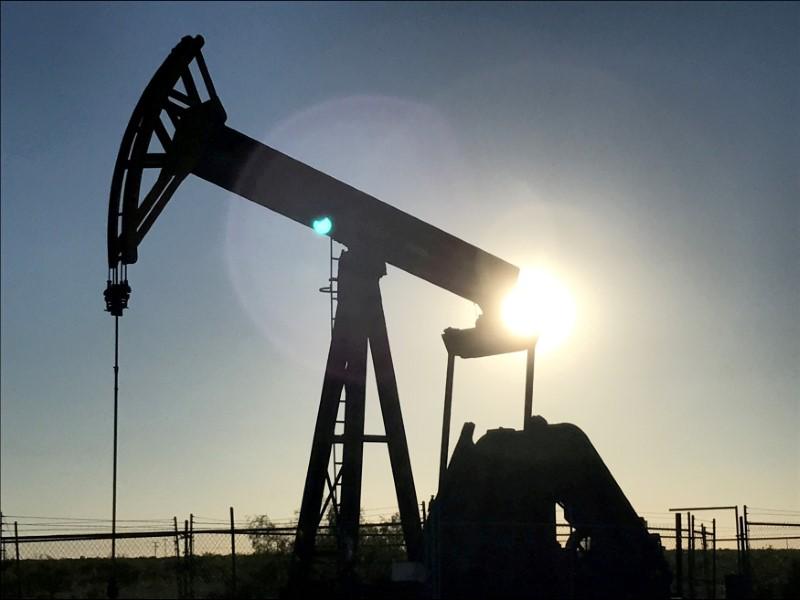 TOKYO (Reuters) – Oil prices were little changed on Friday as markets digested big swings earlier in the week that have left both major benchmarks facing a second weekly loss and largely shrugged off a warning about tightness in spare capacity.

FILE PHOTO: An oil pump is seen operating in the Permian Basin near Midland, Texas, U.S., May 3, 2017. REUTERS/Ernest Scheyder/File Photo

U.S. crude CLc1 edged up 5 cents to $70.38, after spending most of Asian trading slightly lower. It is heading for a weekly decline of more than 4 percent.

It has been a wild week for oil prices with both the main benchmarks suffering heavy losses on Wednesday as traders focused on the return of Libyan oil to the market amid concerns about a China-U.S. trade war.

However, a warning on spare capacity by the International Energy Agency (IEA) pushed Brent higher on Thursday, helping it recoup some losses.

“It is a tough market,” said Tony Nunan, oil risk manager at Mitsubishi Corp in Tokyo. “I think it is supported by relatively strong demand and inventories are falling, but if you look a little bit ahead U.S. shale oil just continues to grow and then it depends on what goes on with OPEC.”

The Organization of the Petroleum Exporting Countries (OPEC) and other key producers including Russia have responded to the recent market tightness by easing a supply-cut agreement.

The IEA cautioned that the world’s oil supply cushion “might be stretched to the limit” due to production losses in several different countries.

“Rising production from Middle East Gulf countries and Russia, welcome though it is, comes at the expense of the world’s spare capacity cushion, which might be stretched to the limit,” the Paris-based IEA said in its monthly report.

“This vulnerability currently underpins oil prices and seems likely to continue doing so,” the agency said.

China’s crude oil imports fell for a second month in a row in June as shrinking margins and volatile oil prices led some independent refiners, known as “teapots”, to scale back purchases, official data showed on Friday.