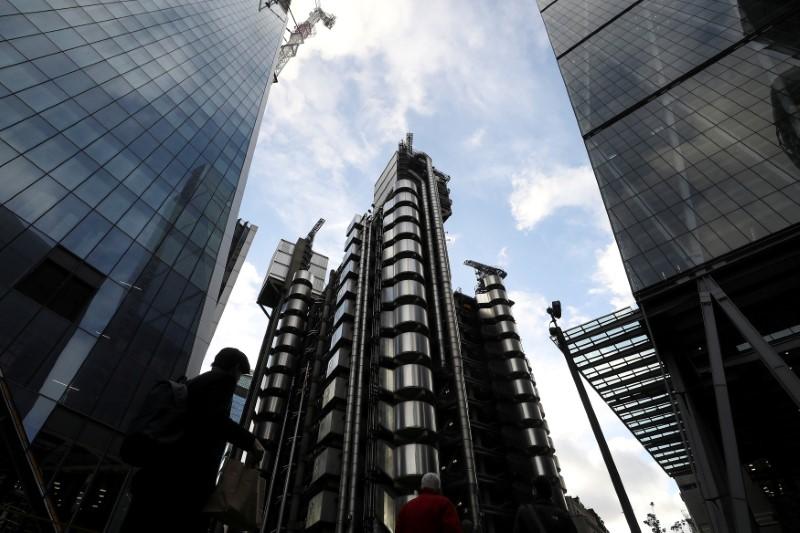 LONDON (Reuters) – New U.S. sanctions are likely to prevent the use of a Lloyd’s of London IT platform for any Iran insurance, adding to difficulties for European insurers providing cover for the country.

FILE PHOTO: The Lloyd’s of London building is lit by winter sun in the City of London financial district in London, Britain, February 1, 2018. REUTERS/Simon Dawson/File Photo

European insurers, reinsurers, brokers and shipping firms have been winding down Iranian business as the United States reimposes sanctions on insurance and reinsurance from Nov. 4 after withdrawing from a nuclear deal with Iran in May.

Lifting secondary sanctions meant European firms could trade with Iran without being penalized by the United States. It also allowed foreign subsidiaries of U.S. firms to trade with Iran.

“You can do it through Lloyd’s through other settlement mechanisms outside DXC, it’s just more complicated and more expensive to do it that way,” he said.

“There is a bit of an evaluation going on about what business opportunities there are, in any event.”

A Lloyd’s spokeswoman said it had advised insurance syndicates “to consider obtaining legal advice before engaging in Iran-related activities, to assess and mitigate their sanctions risk”.

DXC provides data processing and other back office services to Lloyd’s and other London insurers through two firms, XIS and XCS, that are jointly owned by DXC’s British subsidiary Xchanging, Lloyd’s and the International Underwriters’ Association.

“DXC, Xchanging, and our JV (joint venture) partners are evaluating the impact … on the continued ability of XIS and XCS to process Iran-related premiums and claims, and the timing of processing changes required during the wind-down period,” DXC said in an e-mailed statement.

It said a “wind-down” license issued by OFAC at the end of June gave firms until November to phase out their Iran-related activities. “XIS and XCS will issue guidance to the market in the near future,” DXC said.

Chaucer, Ed Broking and RFIB declined to comment. UIB did not respond to a request for comment.

Iran’s economy, heavily reliant on its oil industry that Washington wants to shut down with sanctions, needs marine insurance to ensure the smooth flow of maritime trade for both its exports and imports.

Tehran had faced logistical difficulties until Western sanctions were lifted after the 2015 nuclear deal.

Responding to the U.S. decision to withdraw from the nuclear pact, Germany insurer Allianz said in May it planned to wind down its “minimal” amounts of Iran business and French reinsurer Scor said on Friday it would not write new Iran business or renew business.

Other European insurers and reinsurers with Iran business include France’s AXA, Germany’s Munich Re, Swiss Re and European subsidiaries of U.S. firms Gallagher and PartnerRe, according to sources and company filings.

AXA said it had insured shipping and shipments for Iran by non-Iranian parties following the 2015 nuclear deal, but has suspended taking new contracts for such marine insurance.

When asked by Reuters, Swiss Re, Gallagher and PartnerRe said they were assessing the sanctions situation. Munich Re declined to comment.

Renewed sanctions on Iranian port operators could also make it “practically impossible for vessels to call at and use Iranian ports”, said Andrew Bardot, executive officer of the International Group of P&I Clubs.

The International Group is an association of customer-owned ship insurers which protect 90 percent of the world’s ocean-going fleet against pollution and personal injury claims.

European ship classification firms LR, Bureau Veritas and DNV GL said they were evaluating the implications of the sanctions.

Without verification from such bodies, ships are not allowed to call at international ports or to secure insurance.