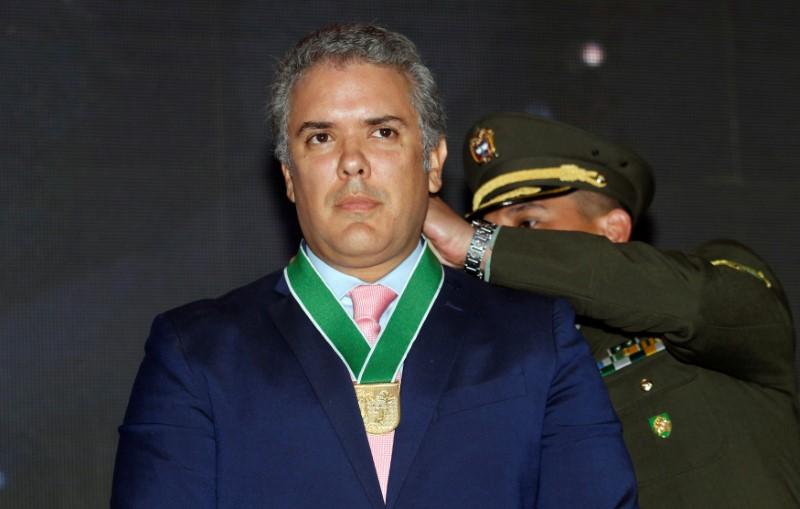 The factbox will be updated as he makes his announcements:

Holmes is a lawyer and former mayor of the western city of Cali. This will be his third ministerial post, having served as interior minister and education minister. He was ambassador of Austria and head of the Colombia mission for the European Union.

Holmes will be at the head of efforts to mitigate any diplomatic issues that stem from the hundreds of thousands of Venezuelans flowing across the border into Colombia due to the economic crisis in the neighboring nation. He will also need to face a dispute with Nicaragua over maritime limits and deal with the United States over drug trafficking.

He will replace Maria Angela Holguin.

Valencia, an economist, has served as the head of the National Federation of Poultry Farmers and as sales manager at the coffee federation, where he was also responsible for sales to the Asian market. He served as a free trade negotiator at the trade and industry ministry and as head of the Colombian Agriculture Institute.

As agriculture minister, Valencia will be at the sharp end of post-conflict Colombia as it seeks to bolster the sector’s importance in the economy and push into areas once occupied by Marxist rebels.

He will replace Juan Guillermo Zuluaga.

Carrasquilla was finance minister from 2003 to 2007 under former President Alvaro Uribe and was also a technical economist at the central bank and the Inter-American Development Bank. He will succeed Mauricio Cardenas.

The 59-year old Carrasquilla faces the difficult task of pushing unpopular fiscal changes through a divided Congress – including an overhaul of the pension system – while helping stimulate weak growth and averting a downgrade by credit ratings agencies.

He will replace Mauricio Cardenas.