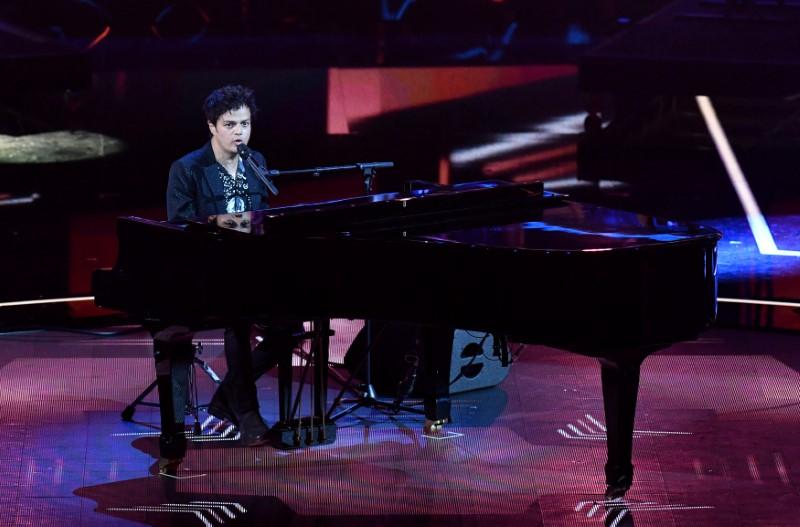 MONTREUX, Switzerland (Reuters) – British singer-songwriter Jamie Cullum mixed classics with new material at Montreux Jazz Festival, telling the crowd he was happy to be away from London during a visit by U.S. President Donald Trump.

Cullum, who turns 39 next month, leapt from the piano during the opening number “Get Your Way” to set the tone for a high-energy two-hour show at Stravinski Auditorium that ended at midnight on Friday.

It was Cullum’s fifth appearance at the prestigious event since 2004, which was shortly after the release of his breakout album “Twentysomething”, which went on to become the No. 1 selling studio album by a jazz artist in Britain.

“To be here is a dream, coming back here five times to Montreux, this is one of the greatest festivals of the world. I don’t take it lightly at all, so many of my heroes played here,” Cullum told the crowd of 4,000 at the festival’s 52nd edition.

“You know who we have in London at the moment, a visitor… What I’m saying is it is very, very good to be here,” he said.

Cullum said the Montreux Jazz Festival, founded by the late Claude Nobs and directed by Mathieu Jaton since 2013, “always supports musicians in their creative endeavor, they don’t tell you when you have to finish, they say ‘go and do what you want and have fun’.”

Wearing black and backed by a band and two female vocalists, he played tracks from his repertoire including “All at Sea” and “These are the Days”.

A whispered solo “What a Difference a Day Makes” was followed by Rihanna’s “Don’t Stop the Music”.

Cullum introduced new tracks including “Taller” and “Mankind”, asking the audience not to post them on YouTube.

“I made an album, I don’t know when it will come out. I’m still tinkering, I have two young kids,” he said.

He came off the stage to dance in the crowd, then was back at the piano, dedicating Radiohead’s “High and Dry” to Nobs before an encore of Frank Sinatra’s “Under My Skin”.