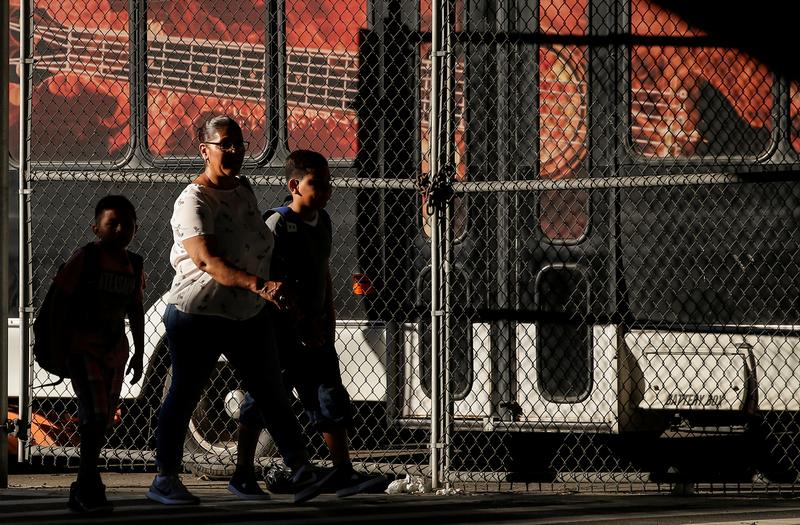 (Reuters) – A U.S. judge in California on Friday ordered President Donald Trump’s administration to pay the costs of reuniting immigrant parents with children separated from them by officials at the U.S.-Mexican border, rather than forcing the parents to pay.

The U.S. government is working to reunite around 2,000 children with their parents, who were detained and separated as part of Trump’s “zero tolerance” approach to deter illegal immigration.

“It doesn’t make any sense for any of the parents who have been separated to pay for anything,” U.S. District Judge Dana Sabraw, who last month ordered that the children be reunited with their parents by July 26, said at a hearing in San Diego.

The government missed a deadline this week for getting the youngest of the children back with their parents.

Trump has made his hardline immigration policies a central part of his presidency. His administration adopted the family separation policy as part of its effort to discourage illegal immigration, but Trump bowed to intense political pressure and abandoned the policy on June 20.

A lawyer for the American Civil Liberties Union, which has sued the administration over the family separations, said at the hearing that immigrant parents had been told by immigration officials they had to pay for their travel. One parent was initially asked to pay $1,900 to be reunited with a child, according to ACLU court papers.

Children are escorted to the Cayuga Center, which provides foster care and other services to immigrant children separated from their families, in New York City, U.S., July 10, 2018. REUTERS/Brendan McDermid/File Photo

Trump administration lawyer Sarah Fabian called the judge’s order on paying for the reunifications “a huge ask on HHS,” referring to the U.S. Department of Health and Human Services. Fabian said those decisions were handled at the field level, adding that HHS, which houses the detained children, had limited resources.

“The government will make it happen,” Sabraw responded.

The judge also agreed to impose timelines on the government for reporting details about its reunification efforts.

The administration has said its initial reunifications were slowed by the need for DNA testing and criminal background checks on parents, and to determine their fitness to care for their children.

In a filing with the court, HHS official Chris Meekins said the administration had streamlined its vetting procedures to comply with a July 10 court order, but that the swifter process could put children at risk.

Adults are no longer being DNA tested to verify parentage, Meekins said, and background checks are not being performed on adults who will be living with the children. Meekins said that, while abbreviated vetting speeds up the reunification process, it also “materially increases the risk of harm to children” and could result in children being placed in abusive environments or with adults who are not their parents.

Yeni Gonzalez Garcia, a Guatemalan mother who had been separated from her children, exits the Cayuga Center after being reunited with them in New York City, U.S., July 13, 2018. REUTERS/Brendan McDermid

Reporting by Tom Hals; Additional reporting by Marianna Parraga in Houston, Reade Levinson in New York and Marty Graham in San Diego; Editing by Will Dunham