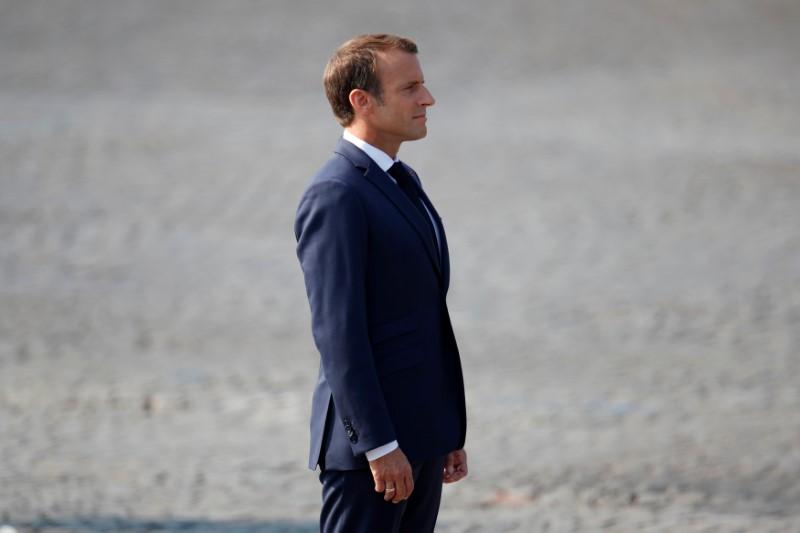 PARIS (Reuters) – French President Emmanuel Macron will discuss Syria, Iran and Ukraine with Russian President Vladimir Putin when they meet in Moscow on Sunday, the day of the soccer World Cup final between France and Croatia, a source at the French president’s office said.

Macron and Putin are expected to meet at the Kremlin before the kick-off.

The Elysee Palace source said the situation in Ukraine had not evolved enough for Macron to invite Putin to a Group of Seven summit in Biarritz, in the south of France, in the summer of 2019.

Following the G7 summit in Canada, Macron had said he would like to invite his Putin to Biarritz, but that it would depend on Russia’s application of the process agreed in Minsk with France, Germany and Ukraine to resolve the conflict in Ukraine.

The source said the discussion would also be an opportunity for both leaders to draw their positions on the Syrian crisis closer.

On Iran, Macron urged Trump in vain earlier this year not to pull out of an international deal that eased sanctions against Iran in return for curbs on its nuclear program.

A Kremlin official said on Friday that Macron was also expected to brief Putin on the recent NATO summit, and that they would discuss Putin’s impending meeting with U.S. President Donald Trump in Helsinki on Monday.