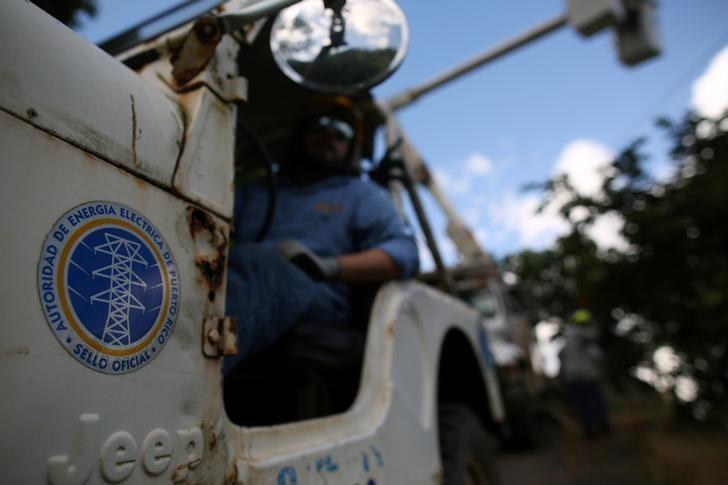 NEW YORK (Reuters) – Bankrupt Puerto Rico Electric Power Authority (PREPA) late on Friday named a new chairman and vice chairman of the board of governors a day after the majority of the board cited a lack of support by the island’s governor and resigned in protest.

Workers of Puerto Rico’s Electric Power Authority (PREPA) repair part of the electrical grid as the island’s fragile power system is still reeling from the devastation wrought by Hurricane Maria eight months ago, in Utuado, Puerto Rico May 17, 2018. REUTERS/Alvin Baez

Five of seven members of the board resigned on Thursday, leaving the utility with no leadership amid a massive restructuring effort following the devastation wrought by Hurricane Maria.

In Friday’s statement, PREPA said the two new board members appointed by Governor Ricardo Rossello, Eli Diaz and Ralph Kreil, were named chair and vice chair, respectively, after a board meeting on Friday.

“The New Governing Board expects the new CEO shall be selected next week to commence an orderly transition that will become effective on Monday July 23, 2018,” PREPA’s statement said.

Outgoing CEO Walter Higgins agreed to remain on the job until the 23rd, the statement said.

Higgins, on the job four months, was stepping down after citing family health reasons.

It was unclear who else attended the meeting with Diaz and Kreil. After the resignations, the board appeared to be left with just two members, Maria Palou and Christian Sobrino.

Palou, an employee of the executive branch in Puerto Rico, had agreed late on Wednesday to resign from the board and cede her seat to Higgins.

Attempts on Friday to reach a PREPA spokesperson were unsuccessful.

Thursday’s resignations came a day after PREPA named board member Rafael Diaz-Granados chief executive effective July 15. He was among those who resigned on Thursday after Rossello blasted the board for agreeing to pay him $750,000 for the year. Rossello told them they should lower the salary or resign, citing the poor condition of the utility.

That figure surpassed the $450,000 base pay, not including possible bonuses that would raise his salary to $900,000, given to Higgins.

PREPA has now been through four CEOs since Hurricane Maria knocked out power to more than 1.5 million homes and businesses.