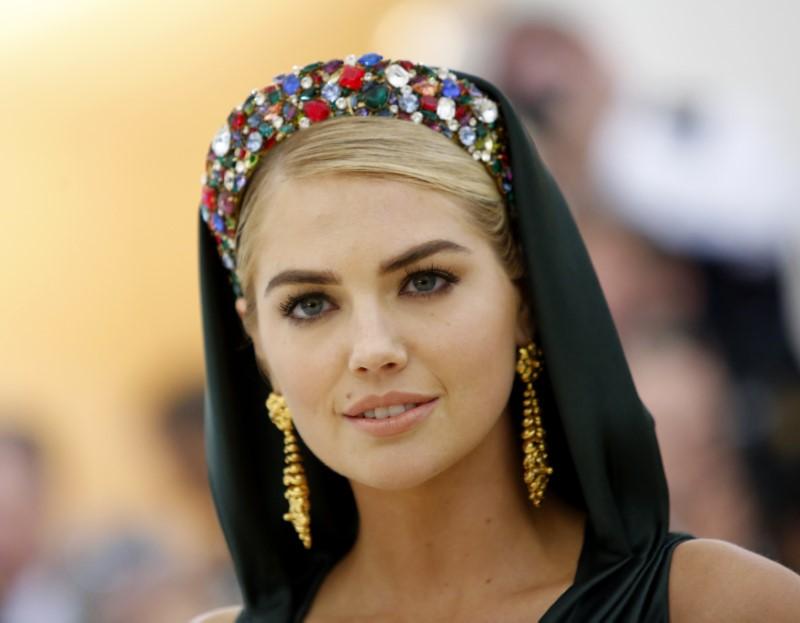 NEW YORK (Reuters) – Supermodel and actress Kate Upton took to Instagram on Saturday to show off a new addition: her baby bump.

FILE PHOTO: Model Kate Upton arrives at the Metropolitan Museum of Art Costume Institute Gala (Met Gala) to celebrate the opening of “Heavenly Bodies: Fashion and the Catholic Imagination” in the Manhattan borough of New York, U.S., May 7, 2018. REUTERS/Eduardo Munoz

The Sports Illustrated cover model posted a picture of herself on a balcony in a white blouse and red pantsuit with the hashtag “PregnantinMiami” on the social media site.

Her husband, baseball pitching star Justin Verlander, added a comment saying, “You’re going to be the most amazing Mom!! I can’t wait to start this new journey with you!”

The couple married last year, shortly after Verlander’s Houston Astros won the World Series, and do not yet have children.

Upton, who has graced the cover of numerous magazines, made headlines in February when she accused the co-founder of Guess Inc, Paul Marciano, of sexual harassment.

Marciano, who denied any misconduct, resigned in June as executive chairman after a company investigation found he had exercised poor judgment in his communications with models and photographers, though it could not corroborate other allegations of inappropriate comments and unwanted advances.