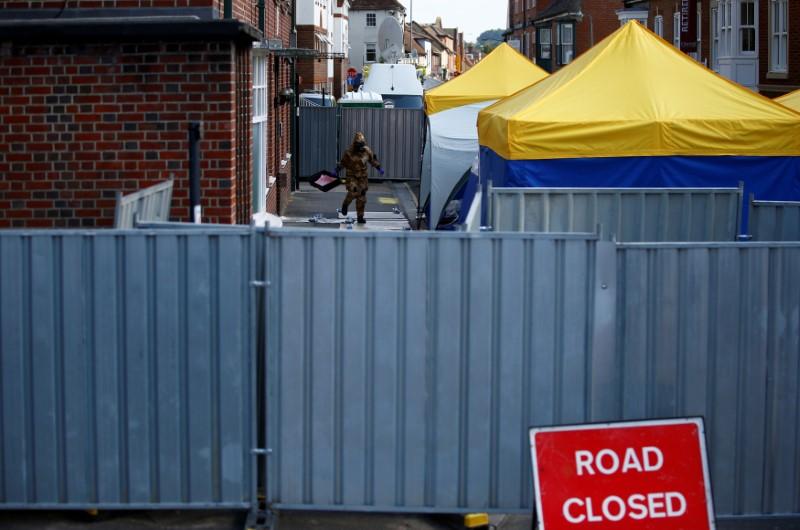 LONDON (Reuters) – British counter-terrorism police said on Saturday they had recovered over 400 exhibits, samples and items as part of their investigation into the murder of a woman in southwest England who was poisoned by the Novichok nerve agent.

FILE PHOTO: A forensic investigator, wearing a protective suit, emerges from the rear of John Baker House, after it was confirmed that two people had been poisoned with the nerve-agent Novichok, in Amesbury, Britain, July 6, 2018. REUTERS/Henry Nicholls/File Photo

They said “a significant number are potentially contaminated” and have been submitted to laboratories for analysis.

The police had launched a murder probe after Dawn Sturgess was killed and partner Charlie Rowley was left seriously ill.