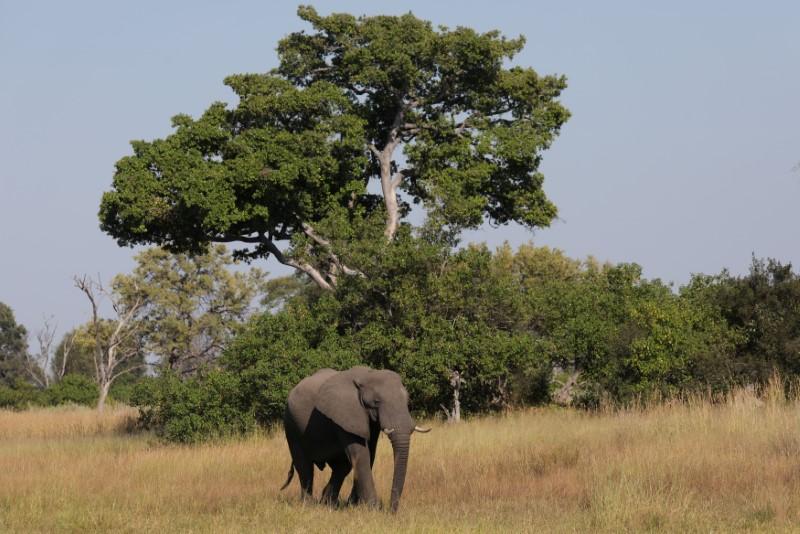 GABORONE (Reuters) – Botswana, home to the world’s largest elephant population, may lift a ban on hunting for sport in the face of what the government says is growing conflict between humans and wildlife, a move sure to provoke protest from animal welfare groups.

Conservationists estimate the land-locked southern African country to have around 130,000 elephants, close to a third of the continent’s population, but the government says the number is closer to 230,000, causing problems for small-scale farmers.

“Communities have become very hostile and negative towards wildlife,” said Konstantinos Markus, a member of parliament from the wildlife-rich northwestern part of Botswana.

He said crop raiding by elephants in the Chobe district in the north had reduced yields of the staple maize crop by as much 72 percent.

“This harvest loss leaves the community with fewer options to take care of their households while perceptions of local communities towards wildlife conservation have changed since the hunting ban,” he told Reuters.

Botswana’s parliament passed a motion on June 21 to review and reconsider the ban, which was imposed by former president Ian Khama in 2014 after surveys showed declining wildlife populations in the north.

The new president Mokgweetsi Masisi has signaled his support and public hearings will also take place on the issue.

France-sized Botswana has only has around 2.3 million people and the mostly arid country has vast tracts of remote wilderness which also make it a magnet for foreign tourists who want to view wildlife.

Mike Chase, a scientist with Elephants Without Borders, a conservation organization, said bringing back trophy hunting would have little impact on the elephant population or crop destruction by the pachyderms.

“Hunting occurs in the dry season and targets large bulls, while elephant crop raiding coincides with the rainy season and the perpetrators tend to be young bulls or family herds,” he said.

“The variation in the timing, space use, age and sex of problem elephants suggest hunting will have a limited effect on solving human-elephant conflict,” he said.

The hunting of eye-catching African animal species such as elephants and lions is an emotive issue which has been in the public cross hairs since the 2015 killing of “Cecil the Lion” in Zimbabwe by American dentist Walter Palmer.

That incident triggered an outpouring of public outrage in the West while many Africans were perplexed by the fuss, with Zimbabwe’s information minister at the time asking “What lion?” when asked for comment about Cecil.

Kenya has had a decades-long ban on sport hunting but other African nations such as Tanzania, Zambia and South Africa have hunting industries which they say generate tens of millions of dollars in revenue.

Poor rural Africans who live in close proximity to large, dangerous animals often have far dimmer views of such wildlife than North Americans or Europeans far removed from the threats they pose.