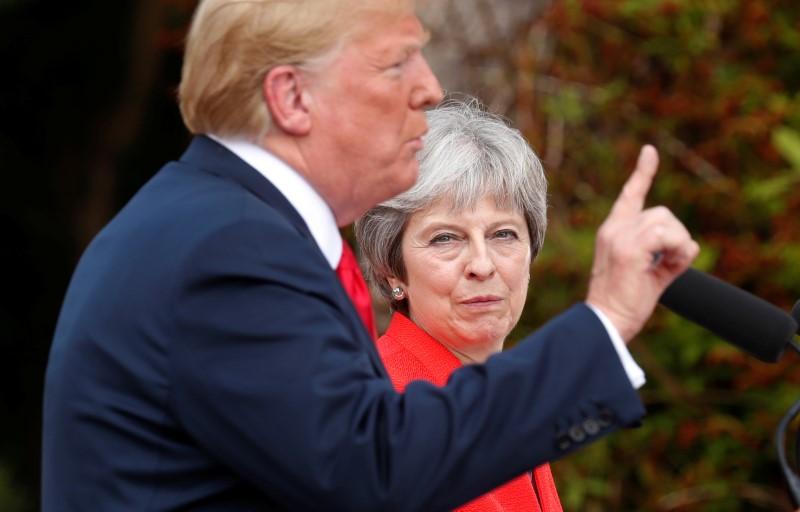 LONDON (Reuters) – British Prime Minister Theresa May on Sunday said U.S. President Donald Trump had previously advised her to sue the European Union as part of her Brexit strategy, revealing a piece of advice Trump said last week she had ignored.

“He told me I should sue the EU,” May told BBC television. “Sue the EU. Not go into negotiations – sue them.”