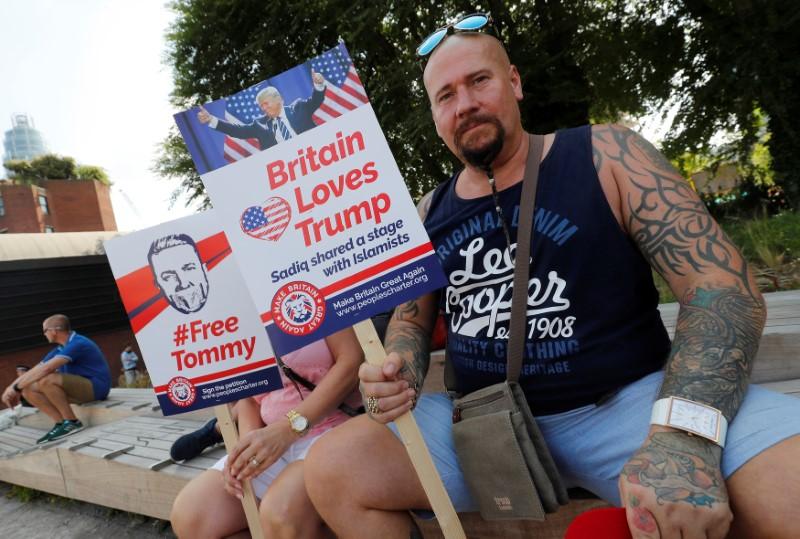 LONDON (Reuters) – Several hundred English far-right activists applauded and cheered on Saturday when a large cut out picture of U.S. President Donald Trump was unveiled during a march through central London.

The few thousand strong group were made up of those who were on a “Welcome Trump” march and another larger one in support of a jailed far-right activist.

Although there were a few signs saying “Britain loves Trump”, the focus was clearly the jailed activist Tommy Robinson.