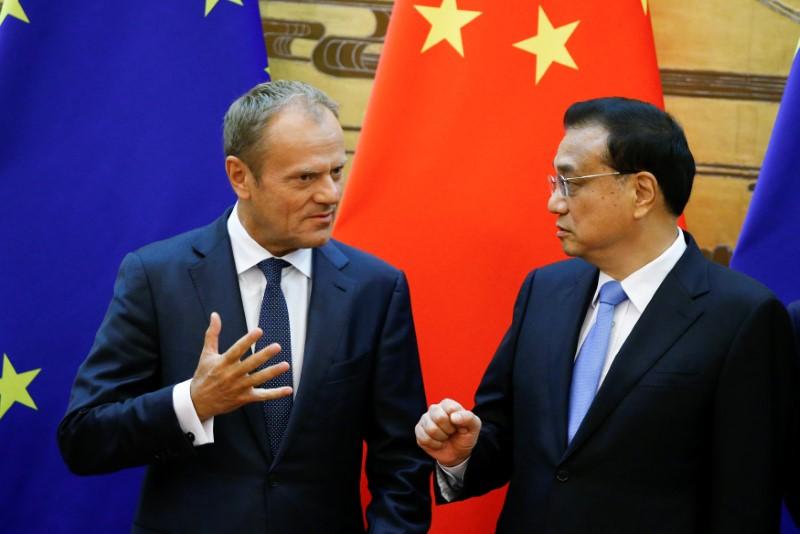 BEIJING/SHANGHAI (Reuters) – China and the European Union on Monday reaffirmed their commitment to the Paris climate change pact and called other signatories to do the same, saying action against rising global temperatures had become more important than ever.

Following President Donald Trump’s decision last year to withdraw the United States from the agreement, China and the European Union have emerged as the biggest champions of the 2015 accord, which aims to keep global temperature increases to “well below” 2 degrees Celsius.

In a joint communique on Monday, the two sides stopped short of criticizing the United States, but said the deal proved that “multilateralism can succeed in building fair and effective solutions to the most critical global problems of our time.”

The two sides said they remained committed to creating a mechanism to transfer $100 billion a year from richer to poorer nations to help them adapt to climate change. The fund has been a major bone of contention for the United States.

They also promised to work closely together to promote an effective solution to the problem of aviation and shipping emissions, and consider further ways to cooperate in carbon emissions trading.

“What gets the pair together isn’t just Trump – China and the EU understand the opportunities offered by a clean and climate-safe world,” environmental group Greenpeace said in a statement.

Reporting by Christian Shepherd in BEIJING and David Stanway in SHANGHAI; Editing by Clarence Fernandez