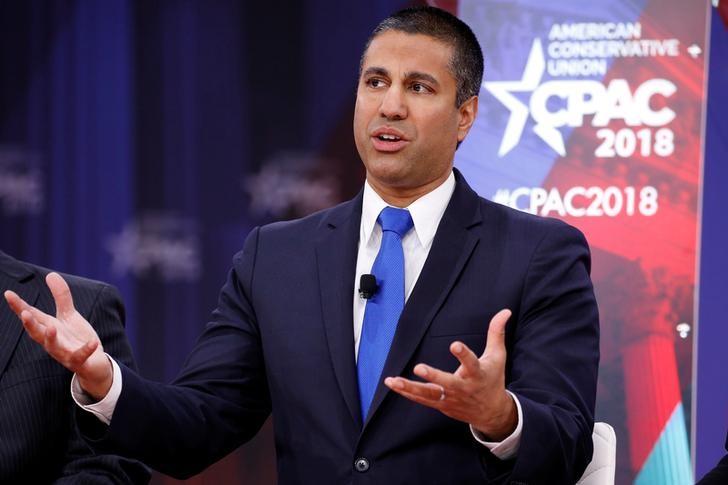 Pai said evidence suggested the divestiture of certain television stations “would allow Sinclair to control those stations in practice, even if not in name, in violation of the law.” Sinclair, the top U.S. television broadcast group, did not immediately comment.

The transaction has come under harsh criticism from many Democrats and some state attorneys general because it would lead to significant TV station consolidation.

“Sinclair’s actions here potentially involve deception” in its application to acquire Tribune and in reference to the divestiture of WGN, a TV station in Chicago, according to Pai’s draft order, not yet public but seen by Reuters.

The draft order said “this question of misconduct does not bear” only on the WGN transaction but on the entire merger application.

Pai called for a hearing before an administrative judge. Gigi Sohn, a top aide to former FCC chairman Tom Wheeler, said “it’s widely recognized that when something is set for a hearing that the deal is not going to survive.”

FCC Commissioner Jessica Rosenworcel, a Democrat, said that after a string of policies “custom built” to support Sinclair, “the agency will finally take a hard look at its proposed merger with Tribune. This is overdue and favoritism like this needs to end.”

Sinclair, which owns 192 stations, said in May 2017 it planned to acquire Chicago-based Tribune’s 42 TV stations in 33 markets.

In April, Sinclair said it would sell 23 TV stations

to obtain the necessary regulatory approvals, but would still need FCC permission to own more than one station in some markets.

Matthew Polka, chief executive officer of the American Cable Association, said “it’s well past time for Sinclair to realize that its effort to engage in massive media consolidation has failed and that it should withdraw the transaction without delay.”

Conservative news outlet Newsmax, which owns a cable TV channel, said in a FCC filing last month that many of the divested stations were being sold for below-market prices and suggested Sinclair would still have “de facto control” over some stations being sold.

Gene Kimmelman, president of the advocacy group Public Knowledge, said the order “could also (put) pressure on them to divest more stations cleanly in the open market.”

Sinclair, based in Hunt Valley, Maryland, has said that if the deal was approved it would reach nearly 59 percent of the nation’s television households.