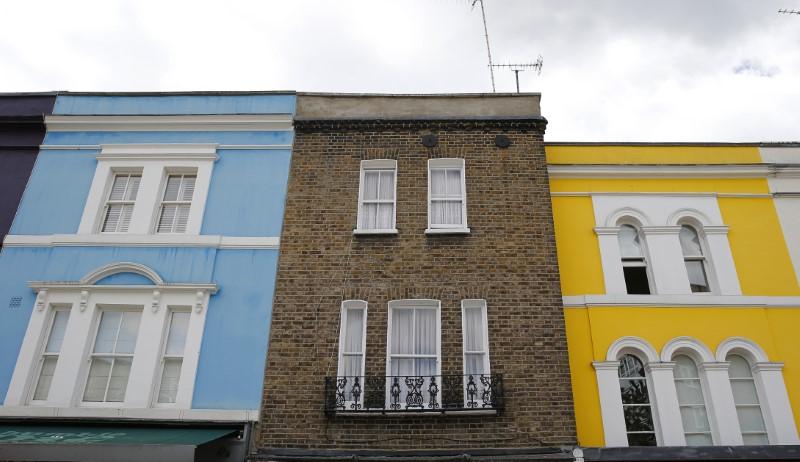 LONDON (Reuters) – Britain’s housing market saw a glut of new property offered for sale this month, keeping a lid on prices at a time when sales typically suffer from a seasonal lull, property website Rightmove said on Monday.

A row of houses are seen in London, Britain June 3, 2015. REUTERS/Suzanne Plunkett

“While an increase in seller numbers is a welcome sign of more liquidity in a generally stock-starved market, it has unfortunately come at a quieter time of year,” Rightmove director Miles Shipside said.

The number of homes advertised by Rightmove, Britain’s largest property website, is 8.6 percent higher than the same month a year ago, but the number of sales is virtually unchanged from a year earlier, down 0.2 percent.

Average asking prices for new sellers are down 0.1 percent since June, typical for the time of year, Rightmove added.

But in a sign that previous sellers had priced their property too high, a third of stock being advertised had seen at least one price reduction, the highest proportion for the time of year since 2011.

Other industry data has shown British house price growth has slowed sharply since the June 2016 Brexit vote, though with marked regional variation.

The slowdown is most marked in London and neighbouring areas, where demand has been hit by higher tax on expensive property and reduced demand from foreign investors. In other parts of Britain, prices are still rising moderately.

Rightmove said sellers in areas of over-supply would need to compete harder on price, presentation and promotion of their property in order to attract buyers.