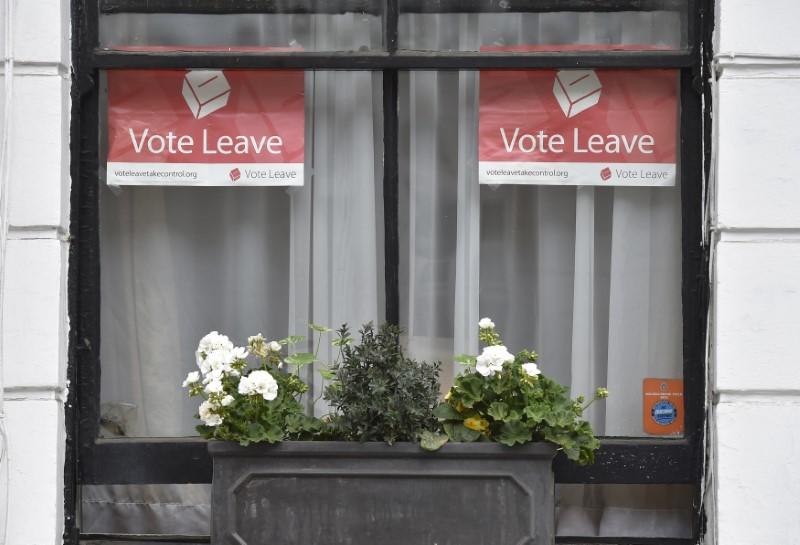 LONDON (Reuters) – Britain’s electoral commission said on Tuesday it had fined the officially designated pro-Brexit campaign group for breaching spending rules in the 2016 referendum and referred it to the police.

The commission said Vote Leave worked with another campaign group, BeLeave, which spent 675,000 pounds ($893,500) with Aggregate IQ, a company which used social media data to target voters, under a common plan with Vote Leave.

“We found substantial evidence that the two groups worked to a common plan, did not declare their joint working and did not adhere to the legal spending limits,” Bob Posner, the commission’s director of political finance and regulation.

Vote Leave was fined 61,000 pounds and the Electoral Commission referred David Halsall, the responsible person for Vote Leave, and Darren Grimes, the founder of the BeLeave campaign group, to the police for false declarations of campaign spending.