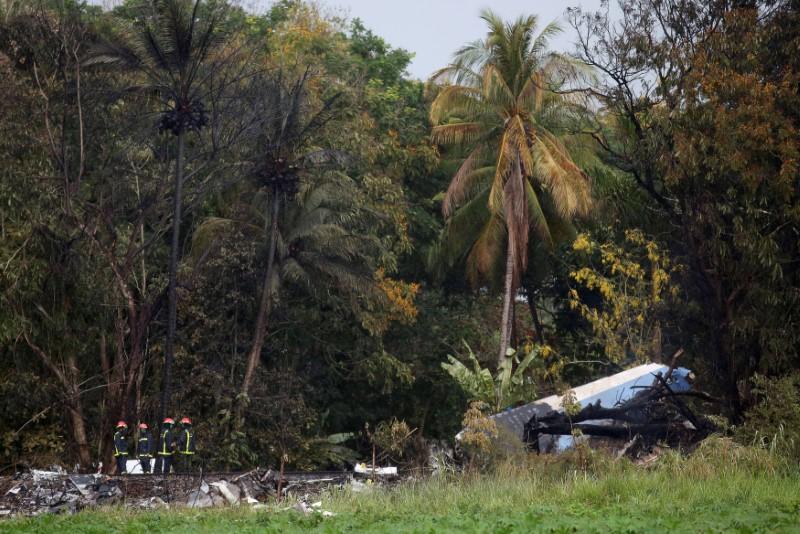 HAVANA/MEXICO CITY (Reuters) – The Cuban-led commission investigating the crash of a Cubana passenger jet in May said on Tuesday that reports on what caused it were premature, after the Mexican plane-leasing company Damojh that owned the plane blamed the crash on human error.

Firefighters work at the wreckage site of a Boeing 737 plane that crashed in the agricultural area of Boyeros, around 20 km (12 miles) south of Havana, shortly after taking off from Havana’s main airport in Cuba, May 18, 2018. REUTERS/Alexandre Meneghini

The commission labeled Damojh’s conclusion speculation and said in a statement published by state media, “Any affirmation about possible causes of this fatal accident is premature.”

“The commission continues its work … Once it has concluded its analysis of the evidence, it will inform on the results.”

Damojh, which leased the Boeing 737 to Cubana, Cuba’s national airline, said in a statement on its website on Monday that black boxes retrieved from the wreckage showed the crew had piloted it at a “very steep angle.” This, it said, led to a lack of lift that made the plane plunge after take-off.

It was not known how Damojh arrived at its conclusion or if it had access to the black box data.

Reuters has not independently confirmed what the black box data showed, and Cuban, Mexican and U.S. agencies investigating the May 18 crash outside Havana have not released any findings.

Mexico’s civil aviation authority suspended Damojh operations after the crash and said on Monday that it would not lift the suspension, which the company is fighting, noting that its Cuba counterpart leading the crash investigation had yet to issue findings. It generally takes months to investigate an air crash.

Cuban Transport Minister Adel Yzquierdo said in May that Cubana had leased the 39-year-old plane from Damojh less than a month before the crash in which 112 people died.

Mexico’s pilots union, ASPA, said on Monday that Damojh was “irresponsible” in releasing its statement before the investigation had been concluded, and that it did not take into account factors such as distribution of weight or possible equipment failures.

Damojh was banned from flying in Guyana last year because of safety concerns, the Guyana civil aviation authority said after the crash.

Mexico’s aviation authority said after the crash that it had suspended Damojh in 2010 and 2013 during regulatory compliance reviews.