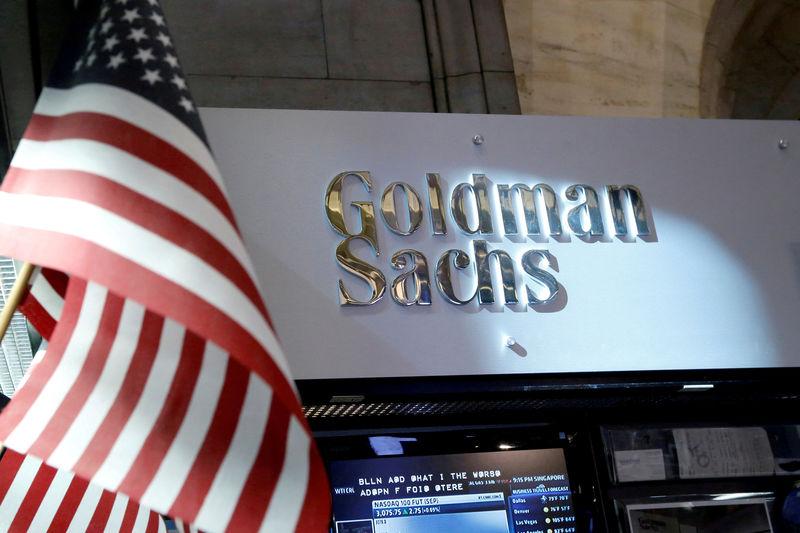 The bank on Tuesday confirmed Solomon will take over from Lloyd Blankfein, who has held the position for 12 years, on Oct. 1, ending months of speculation. Solomon is tasked with executing a plan to boost revenue by entering new businesses and refashioning old ones.

The bank has pledged $5 billion more in annual revenue by growing its fledgling consumer bank, squeezing more from businesses like asset management and changing how it approaches trading.

Once considered the most savvy Wall Street trading house, it has suffered because of tougher regulation since the financial crisis of 2007-2009 and low market volatility crimping revenues.

Its shares, down 10.6 percent since the start of the year, were down 1.6 percent at midday.

In a research note, Wells Fargo analysts attributed the decline to questions about the bank’s shift in focus and noted Solomon’s absence from the earnings call.

Goldman Chief Financial Officer Martin Chavez told analysts on the call that Solomon’s promotion was “all part of the strategy.”

Chavez was also questioned on whether the bank was looking to improve disclosure and transparency for newer businesses.

The bank gave some details on its new consumer lending business, Marcus, for which it has big ambitions, including a planned launch in Britain. Marcus’ loan book currently totals just $3.1 billion compared with rival JP Morgan’s $400 billion consumer loan book.

Chavez was asked why Marcus has yet to offer a banking app at a time when mobile banking is becoming the primary way customers transact.

Analysts also asked why Goldman’s compensation ratio had declined and for details on Goldman’s investing and lending division and planned cash management push.

Analysts suggested investing and lending business and the bank setting aside less money for bonuses fueled the profit beat.

Total revenue rose 19 percent to $9.4 billion, including increases in everything except fees from advising on mergers and acquisitions.

The bank’s compensation ratio, which measures dollars per revenue set aside for pay and benefits, declined to 39 percent from 41 percent in the prior and year-ago quarter.

FILE PHOTO: A view of the Goldman Sachs stall on the floor of the New York Stock Exchange in New York, U.S. on July 16, 2013. REUTERS/Brendan McDermid/File Photo

Reporting By Aparajita Saxena in Bengaluru and Matthew Scuffham in Toronto; Writing by Sweta Singh and Lauren LaCapra; Editing by Meredith Mazzilli and Marguerita Choy