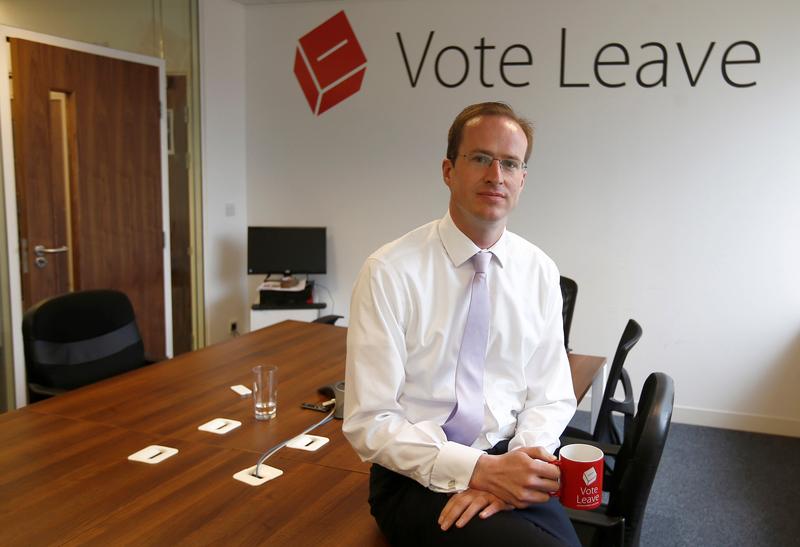 LONDON (Reuters) – Britain’s officially designated Brexit campaign group, Vote Leave, was fined 61,000 pounds on Tuesday for breaching spending rules in the 2016 referendum and was referred to the police by the Electoral Commission.

The move by the commission, which said serious breaches of the law had been committed by Vote Leave, added to calls from opponents of Brexit for a re-run of the referendum on European Union membership, though Prime Minister Theresa May has repeatedly ruled out another vote.

Two years since voting by 52 percent to 48 percent to leave the bloc, the United Kingdom, its political and business leaders remain deeply divided over the country’s plans for departing from the EU on March 29, 2019.

The commission said Vote Leave, which was fronted by leading Brexiteers such as Boris Johnson, who resigned as foreign secretary last week, and Michael Gove, now environment minister, used an allied group to pay Aggregate IQ, a company which used social media data to target voters, and thus exceeded spending.

“We found substantial evidence that the two groups worked to a common plan, did not declare their joint working and did not adhere to the legal spending limits,” said Bob Posner, the commission’s director of political finance and regulation.

Brexit campaigners say they are fighting an attempt by the British establishment to thwart the process of leaving the EU and have repeatedly dismissed as nonsense claims by opponents that they cheated, lied and even colluded with Russia to win.

Vote Leave said the Electoral Commision had made false accusations, failed to interview anybody from the group and were politically-motivated.

“Having skimmed the (commission’s) report, they’ve ignored (Vote Leave’s) detailed evidence, so it’s riddled with errors & conclusions completely wrong,” Matthew Elliott, who was head of the group, said on Twitter.

“We accepted their invitation for an interview in early March. Senior staff also volunteered to be interviewed. They haven’t followed due process.”

Overall, Vote Leave was found to have exceeded the statutory spending limit of seven million pounds by 449,079 pounds by working with BeLeave, which spent 675,000 pounds with Aggregate IQ under a common plan with Vote Leave.

The commission said Vote Leave should have declared its joint spending and added that its spending return was inaccurate in respect of 43 items of spending totalling 236,501 pounds.

David Halsall, the responsible person for Vote Leave, and Darren Grimes, the founder of the BeLeave campaign group, were referred to the police for false declarations of campaign spending.

Grimes said he was shocked and disappointed by the commission’s decision, adding that he did nothing wrong.

Vote Leave resisted the investigation from the start and had refused to cooperate, the commission said.

“Nevertheless, the evidence we have found is clear and substantial,” Posner said. “These are serious breaches of the laws put in place by parliament to ensure fairness and transparency at elections and referendums.”

“With new facts arising every week … we know their claims turned out to be fantasy but we now know they cheated too,” opposition MP Chuka Umunna told parliament after demanding an urgent response from the government.

“We cannot say with confidence that this foul play did not impact on the result.”

May’s spokesman said on Monday there would be no second referendum after a former British minister, Justine Greening, called for another vote to solve a parliamentary stalemate on Brexit.

“We are very clear that this was a legitimate democratic exercise in which the public delivered its opinion and that is what we’re going to be delivering on,” May’s spokesman told reporters on Tuesday.